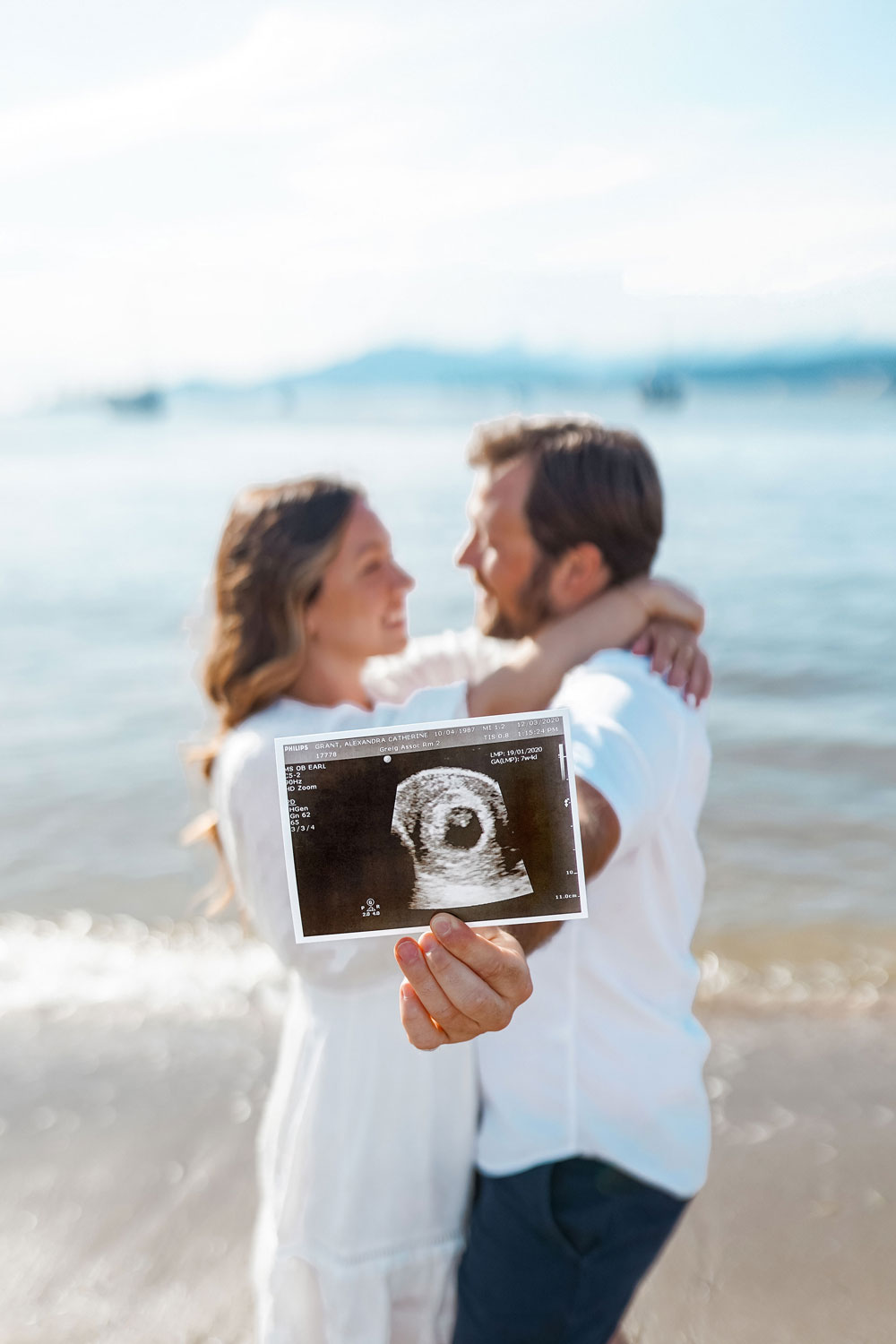 I am so, so unbelievably excited to announce that I’m pregnant (just about 17 weeks to be exact)!! Matt and I are so excited to meet our little one this October. Ever since I first found out I was pregnant, I have literally been anxiously awaiting the day I get to share this news with you all, particularly during such a crazy and hard time—this has been my light and joy that’s kept me going.

I’ve been trying to unpack a lot over on Instagram with some Q&A’s already, but wanted to just share a little bit here as well! I’m going to be doing a little first trimester recap as well week-by-week later this week—I kept a scrapbook for the baby from the beginning breaking down everything that was happening week by week, and it’s a bit crazy rereading it from the beginning when I just found out to a few weeks later when COVID-19 really descended upon us and so much changed. It’s been such a journey so far and I can only anticipate how much more amazing, life changing and surreal it’s going to be over the coming months—I can’t wait to share it all with you. As far as sharing a bit today though, I thought I’d kick off with the day we found out before launching into my first trimester recap later this week!

We conceived in early February and I found out pretty much right at my 4 week mark. I remember I had to go into a boutique for a pull for a campaign I was doing and just feeling…off. My period was a couple days late but that’s not unusual for me for it to be late (I’ve had irregular periods for most of my life), but had just mentioned it to a friend on the phone earlier that day and that coupled with just not feeling like myself made me start questioning if I should maybe do a bit more digging. I mostly brushed it off though and took off to the boutique.

On the Canada Line on the way home though, this guy sat down a couple seats next to me and not to sound awful, but he smelled so strongly like stale booze and kept like dry retching and snorting and blowing his nose into his sleeve—while the smell and sounds would’ve been a bit much on a good day, I literally started heaving and just about vomited all over the place (and I’m not very puking-prone, I don’t get sick ever) and got a few concerned looks as I put my head against the cool metal pole and closed my eyes and just prayed my stop would hurry up and come. Officially deciding that that was weird, I immediately ran into London Drugs as soon as I got off, got some tests, walked home and dumped my stuff, running straight into the washroom.

Matt works from home too so I’d told him before I’d left to take his call in the other room as it was an important one and I knew I’d be storming in with all this stuff, so while he was chatting away behind closed doors I proceeded to rip open the package and pee on the stick, my hand shaking violently and hardly getting any pee on it. As I was still peeing, both lines appeared really quite suddenly. I don’t know why but all I thought in my head was “shut up” again and again (like…brain clearly not functioning properly at this point). I stared blankly at it with my mouth hanging open and then shaking my head in disbelief, went into the living room and stared at the sky in total shock for about 10 minutes. Then I started to cry really intensely, the most irrational fears and concerns suddenly flooding my brain. We had just begun trying and there’s no way we were ready for this and what if I’m a terrible mum and what if Matt’s somehow not happy and what if I somehow have already hurt it etc etc. Then I kinda laughed maniacally to myself for quite some time. Then I smiled down at the test and felt just this overwhelming joy. Then I went numb again and replied to emails. Then I picked up the stick again and went to go call my sister or mum or someone just to talk this through with ANYONE as Matt continued blabbing in the other room then decided no, that wasn’t cool, I should wait for Matt. Then I hyperventilated a bit.

By the time Matt finally emerged from the room (not actually done his call, but just racing to get his charging cord because his battery was running low) I was pacing up and down the living room clutching my hair and bawling from pure overwhelm, 30 minutes into literally losing my mind totally alone. He thought I’d hurt myself or something terrible had happened and yelled “BABE WHAT THE HELL HAPPENED TO YOU ARE YOU OKAY?!”

I held up the stick with my face all red and screwed up with tears streaming down my face and Matt laughed, dropped his cord, wrapped me up in a crushing hug and just made everything better. All the fears I had evaporated for a spell and just the joy and excitement of being new parents together was all that mattered. Our 12 year anniversary was the next day too so in a state of shock still we went out to dinner at Savio Volpe, toasting (with sparkling water for me) to this crazy new future and to this incredible blessing we have.

So much has happened since then and then again, very little has happened! With COVID-19 becoming such a huge presence in our lives, it goes without saying that the first trimester was really stressful, our babymoon was cancelled, we didn’t see family/friends as soon as lockdown happened and my healthcare was really reduced, but I’ll save that for a post later this week. At this point, yes I’m still stressed about COVID and about the chain effect it’s had on so many other things from my healthcare to work, yes I’m still stressed just by the whole experience of becoming a new mum for the first time and yes, I’m still constantly worried about the little one and just always praying and hoping it’s happily hanging out in there, growing just as it should. But I also feel pretty great now. So much of the disbelief is gone, the bonding with the baby happened almost instantaneously (which I think actually made parts of the first trimester harder as I felt such immediate love and protection of the baby) and all in all, I’m just so happy to be sharing this now in a place where I feel positive, strong and good.

I can not wait to share this all with you guys. There will still be my regular content and I have lots of exciting new developments outside of the bebe as well, but bear with me as I share some baby-related things I’ve been so excited to share over the next week or two, including my first trimester, our gender reveal (yes we already know!) and more.

While I kind of indulge in this excitement for myself and start sharing more, I do want to acknowledge and recognize anyone dealing with fertility struggles, pregnancy loss or a difficult pregnancy right now—I don’t want either my excitement or even the sharing of the personally difficult moments for me (that pale in comparison to what so many women go through) to seem insensitive, uncaring or thoughtless. Please know I see you and am sending love.

Again, can’t wait to share more and thank you from the bottom of my heart so, so, so much to all the amazing messages, comments and notes so far—they mean so much to us! 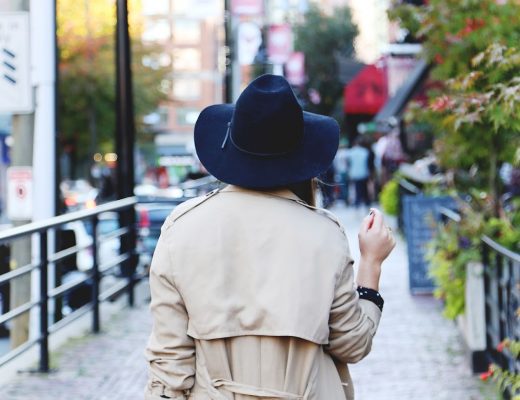 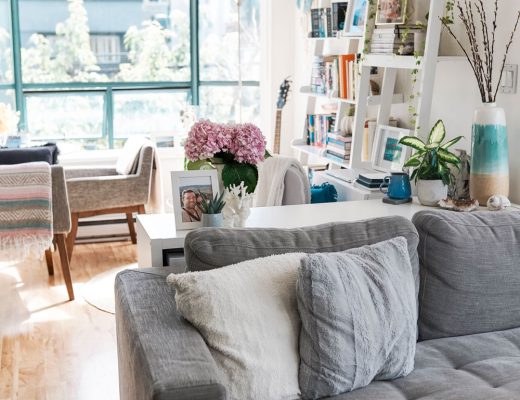 How We Kondo’d Our Condo 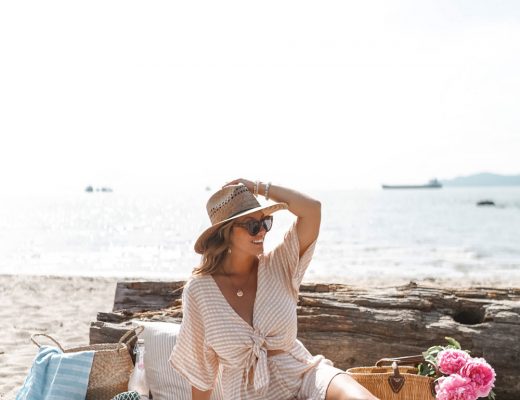 The Art of the Beach Picnic