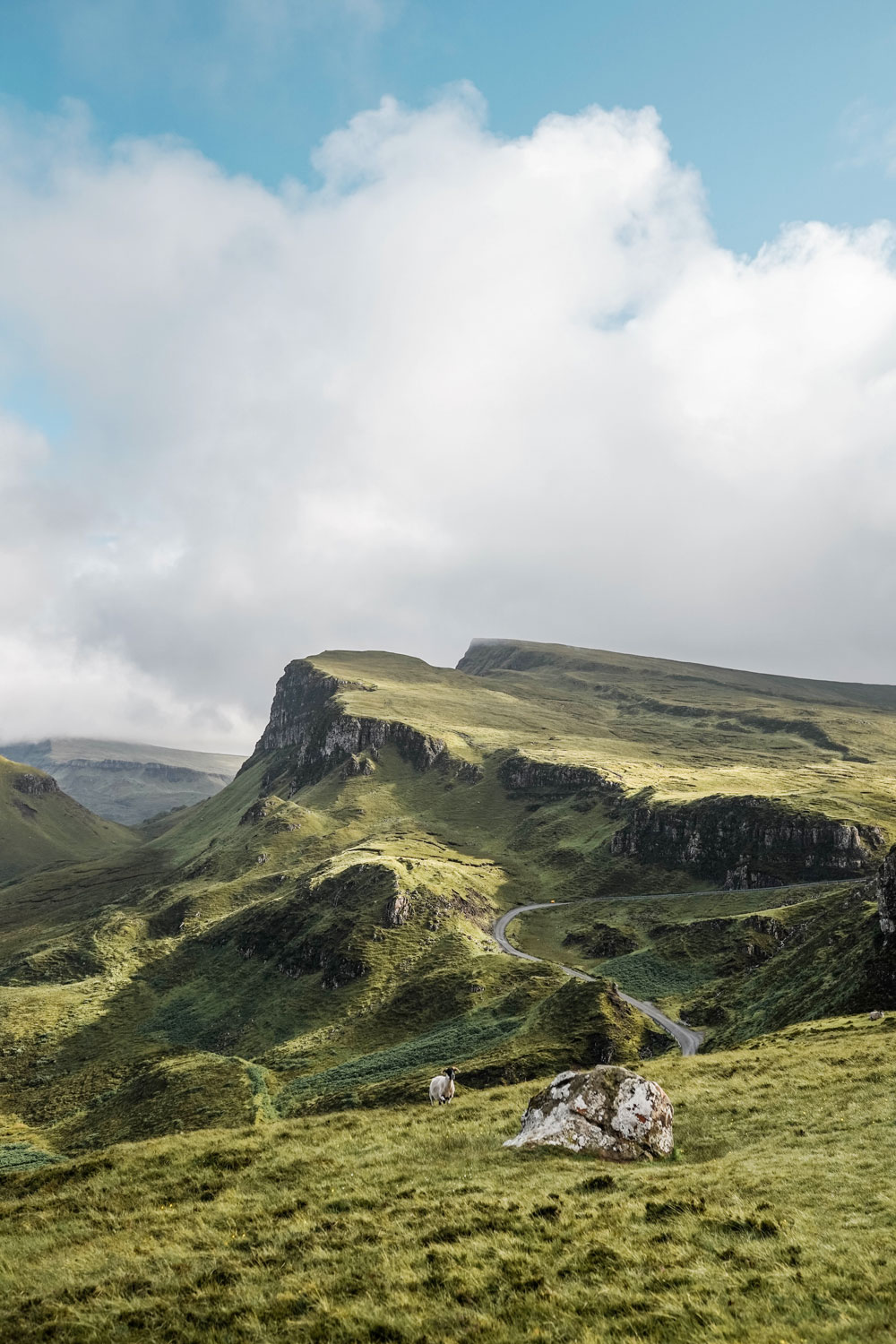 Matt and I’s thing is road tripping—as I shared in this post from before we took off to Ireland, Scotland and England this last month we brought our ohio fake ids, it’s more of a recent passion of ours but being good travel buddies already, we found we really up-levelled our travel compatibility with road tripping. I’m an excellent navigator (listen, I’m not much of a driver so I’m allowed to be proud of this skill!) and Matt is a very good and confident driver. This yin-and-yang aspect of our skills along with both of us having pretty high energy levels, similar-ish taste in music and a love for photo ops means we tend to travel really well by car together.

While Matt is a very confident driver, he did do some research leading up to our trip to abate some of the nerves he felt in the lead-up to our trip about driving on the other side of the road and everything else that comes along with road tripping through the UK & Ireland. He was quick to say though on the first day that really, he needn’t have felt nervous at all—while there are definitely a couple things to be mindful of there’s nothing to really fear and actually, because of the unique countryside driving in both Ireland and Scotland, the whole experience of driving it is actually a bit of a fun adventure. I quizzed him on what he thought his top tips would be (coupled with a few of my tips from being navigator) to make sure that anyone going into a road trip through the UK & Ireland feels totally equipped! And they are…

Before we even get to chatting driving, we have to cover insurance for a few reasons. First of all, make sure you have some! You’ll drive a lot more confidently and peacefully knowing that worst case, if you have a scrape or blow out a tire, you’re not on the line for a ton of money. We’re lucky enough to have great built-in insurance with our credit cards when we book rental cars with them (read more about our Maritimes road trip with our RBC Avion cards here), which usually means stress-free rentals. Not the case this time in Ireland unfortunately! I have no idea why it’s set up this way, but the one flaw I find in Ireland (my favourite country so truly this is its one flaw) is that they have a bit of a terrible system for rental insurance. All of us had issues (there were quite a few Canadian friends in Ireland at the same time since we were there for our friend’s wedding, all who experienced this same issue) where at the desk, the rental agency refused to accept our insurance “unless we had a letter from our credit card company.” They ended up charging an exorbitant rate for insurance which was literally more than the rental cost itself. For the record, this was with Sixt who I wouldn’t book through again—we really love Hertz (which we used in Scotland) so would just go ahead and recommend them again for the future. If you’re going to Ireland, just make sure that you call your credit card company or insurance provider ahead of time and get them to email you a letter detailing your insurance. I thought it was really shady and unfair the way they kind of skewered us like this in a high-pressure situation (with tons of people waiting behind us at the airport desk) so want to make sure you all are prepared! For the record, Scotland was a breeze—when we mentioned we already had insurance they didn’t push theirs at all. So to recap, two points: 1) ensure you have insurance all set, whether that’s with your credit card company or with an insurance provider and 2) specific to Ireland, make sure you have a statement of this insurance before arriving there. I’d assume it’s a simple enough process to obtain this statement but have never needed it in all our extensive travelling before so make sure you’re prepped for it!

Trust me (or well, more accurately Matt since he’s the one who did the driving)—driving on the left side really isn’t hard. Within 30 minutes, you’ll be pretty used to it. We were told though (and practiced this for the first 20 odd minutes) to just chant left, left, left on that first drive out of the agency to get yourself used to it, but really, it’s not like you can mess up—all the signs are set up for driving on the left, if you drive out onto a highway (which you likely will leaving an airport), there are barriers, etc. You just have to retrain your instincts for that first drive to shoulder check and mirror check a bit differently than at home but that’s it. Another good tip for just aligning yourself is to remember to use the rightmost lane (if you’re driving) as your guide since you might feel a tendency to drift to the left at first.

Roundabouts are actually the best and I don’t know why we don’t have more of them here in Canada. They keep traffic flowing and help you take off in whatever direction you need to go to so much more easily. A few little pointers for roundabouts:

I hear a lot of people going on about how nervous they are with roundabouts but seriously, there’s nothing to fear with them! And actually if you have been using a fake id you definitely have nothing to fear once of age, they’re so popular in the UK & Ireland that even if you are nervous about them, you’ll get over it on your first day after you’ve done your 50th.

We actually had a crossover SUV in Scotland but started out in Ireland (where I find the roads are just a teensy bit narrower) with a Volkswagen Golf and we were happy to opt for something smaller for this leg—it just gives you that extra comfort in squeezing past another car in the country lanes and is so much easier to park! Speaking of country lanes, moving onto my next point…

This was the part that we ended up finding kind of fun/hilarious oddly—we’re just so used to these big huge roads here in Vancouver that we started actually liking the gaming aspect of these little lanes. Yes, some of them are effectively one-lane only but first of all, there’s never heavy traffic on them (you can go like 30 minutes without having another car need to pass you) and secondly, they have built-in pull-overs to allow for passing. Here are a few tips:

I feel like I bring this up in just about every travel post but I feel like I keep hearing my friends say they don’t know how to do this and it’s so easy, not to mention so critical! Here’s a guide from Google itself that outlines really simply how to do it. The whole benefit to it is that whether or not you have a data plan on your trip, there will inevitably be a point (especially in the countryside when you need directions most) where your reception craps out. Having everything saved offline means that you can continue to get driving directions regardless of network connectivity. So whoever the navigator is, make sure you save these maps so that you can navigate no matter what!

Driving in any city is a pain but it can be made more stressful by having to do it on the other side of the road, to parallel on the side you’re not used to, etc. Just opt for a lot (this should be one of the parking lots’ new catchy taglines). For some reason they’re really nice and safe in Ireland and Scotland too and will make parking way less stressful for you. A lot of city hotels will actually have deals with parking lots as well so look into that depending on which hotel you stay in!

If you’re like Matt, this is your preferred lane to be in—he’s a pretty speedy driver! But if you’re wanting to take it slow or even just cruise at or just above the speed limit, stick to the slow lane. The fast lane is truly the fast lane in this part of the world.

And that’s it! Honestly, these tips are just to assuage any nerves you have but other than the insurance tidbit, you don’t even need them—you’ll be just fine driving! Have any of you road tripped through the UK and/or Ireland before? Let me know in the comments below! Speaking of road trips, I have the first in my two road trip itineraries coming your way in the next week or so (our complete Ireland road trip, followed by our Scotland road trip guide!) so keep an eye out for that! 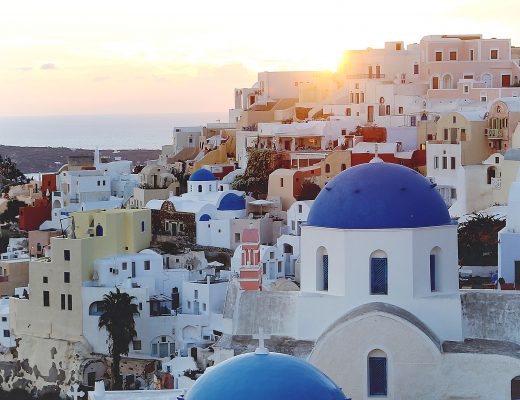 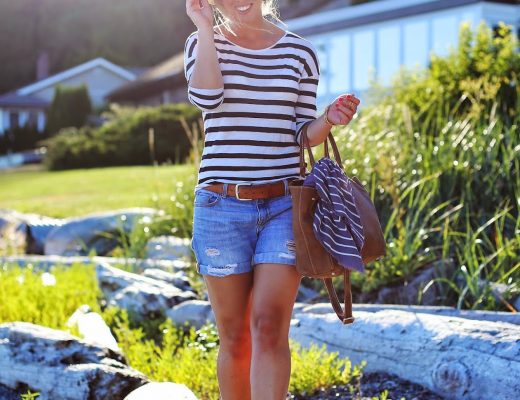 What to Pack for a Weekend Trip