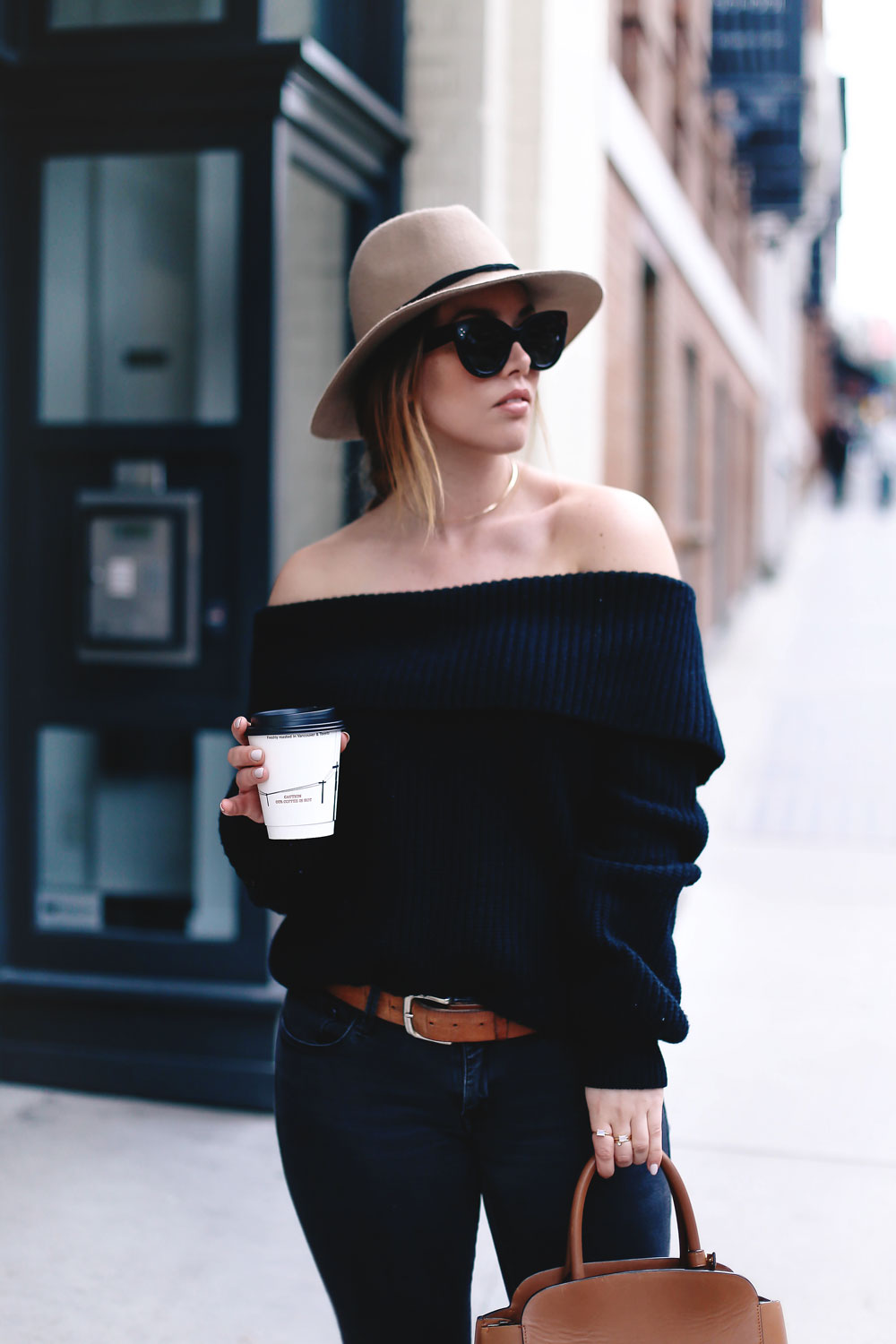 Sometimes, I’m so excited about a new concept or idea that as much as I’ll love a style story, I kind of need to let it get hijacked a bit (though on that note, I’ll just quickly say I can’t get stop wearing this LPA sweater by REVOLVE—such a perfect transition piece!). 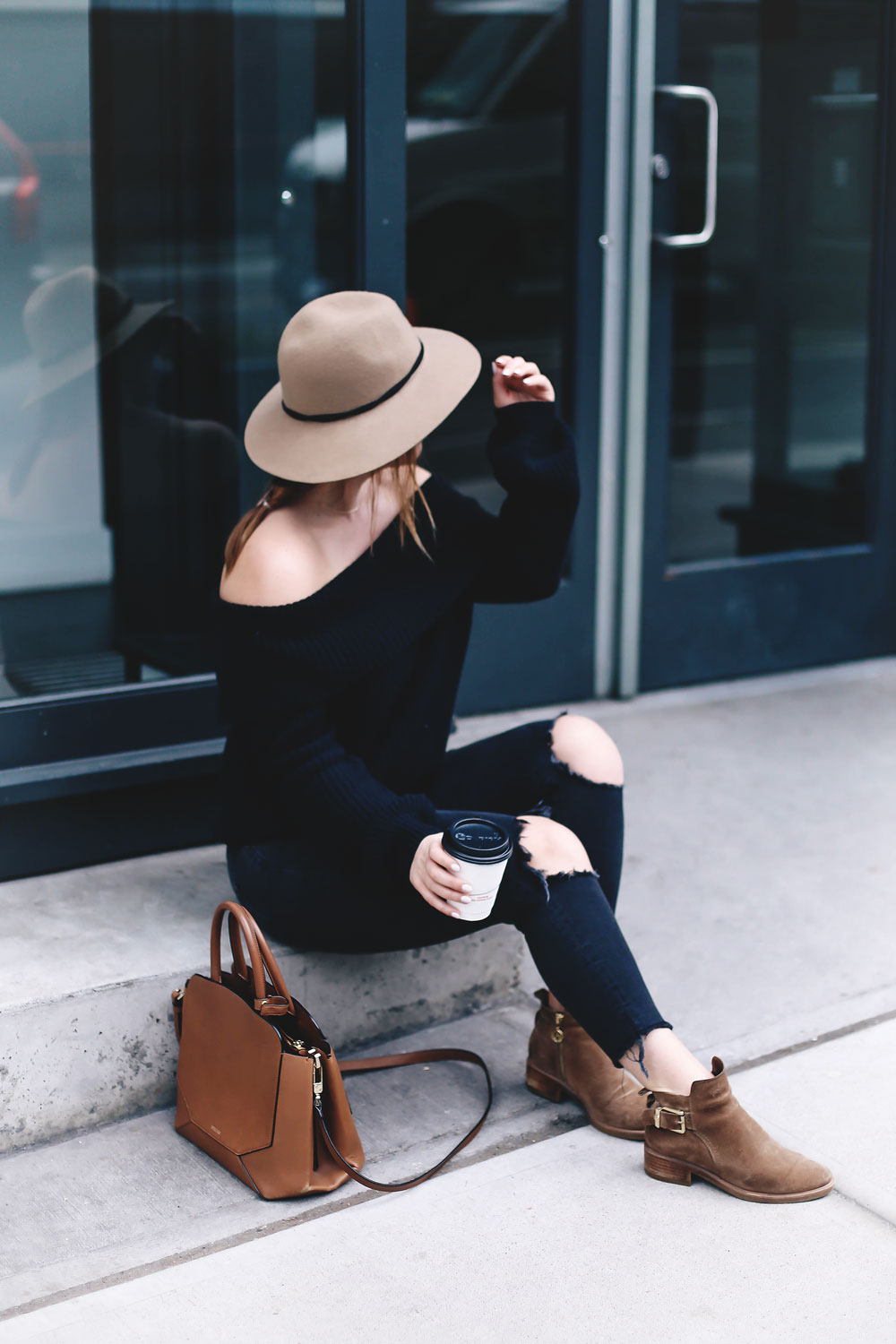 So I’ve recently gotten into podcasts while doing food prep, going for walks, or even while working at home when I’m doing something that doesn’t require a lot of thought (photo or video edits, etc). There’s so many I love but I’ve really been enjoying Lewis Howe’s The School of Greatness. If you guys can’t tell from yesterday’s post (or my entire fitness and health sections, for that matter), I’m always about personal development—it’s just always been something I’ve been really interested in. His podcast is all about professionally and personally being your best self and there are some really insightful episodes that can apply to just about anyone’s life. 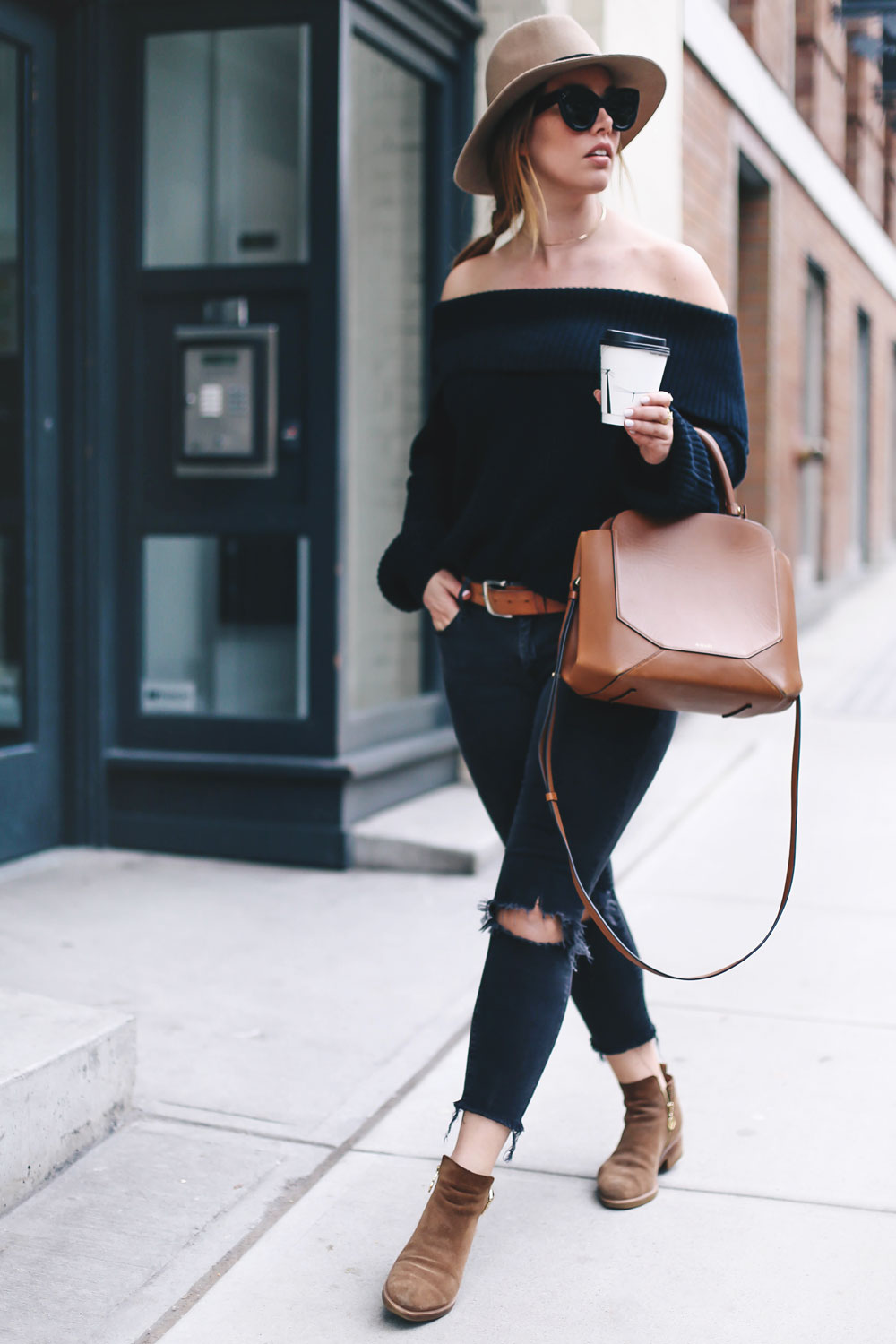 I was listening to his 5 Second Rule with Mel Robbins, who I’d never heard of before, and had to actually set aside my work so that I could fully listen because I was so absorbed by Mel’s incredible story and history of anxiety/depression, of professional upheaval, of near-bankruptcy and ultimately, how she turned it all around to seriously thrive across all areas of her life. I’d been struggling a bit last week with procrastination and a general sense of just “never really being done” anything, which is why I really feel like it was kismet when I heard her talk about how this thing she calls The 5 Second Rule not only immediately stops a procrastination cycle, but changes life in general. 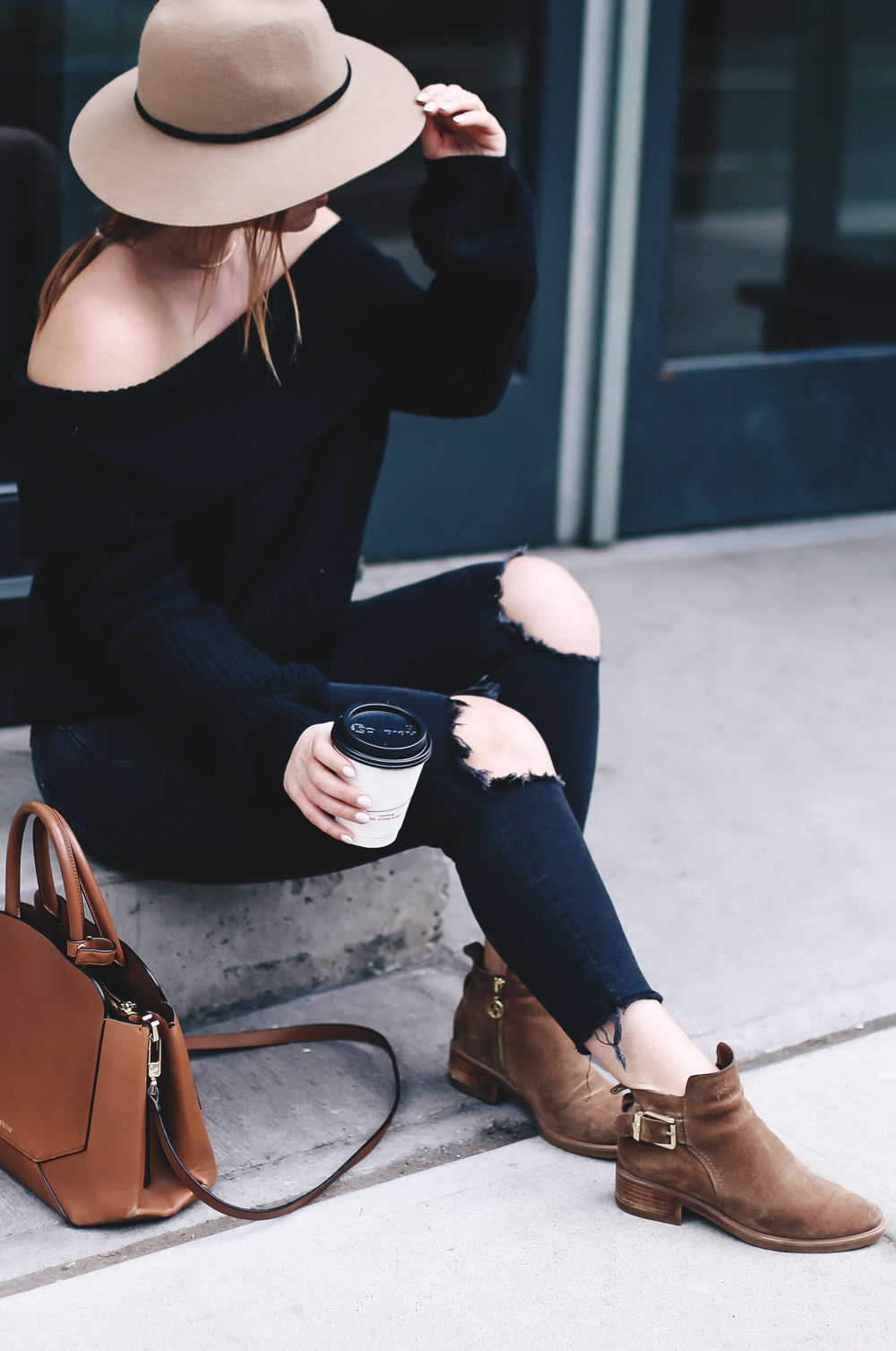 The most revelatory comment she made for me personally was that no one ever teaches us how to parent ourselves—once we’ve flown the coop, no one’s really forcing us to do the things we don’t want to do on a daily basis, other than our bosses or maybe a particularly naggy partner (well, maybe justifiably so depending on the laziness level of the other person!). I’ve heard people share before that they’re so motivated by their goals that they never even think of hitting the snooze button when their alarms go off in the morning. I mean…come on. I call BS. I truly believe I have a dream job—I love what I do and I’m endlessly grateful for it, but does that mean I’m leaping out of bed every morning fresh as a daisy as soon as my alarm rings? No!!! I love sleeping. I could honestly sleep 9 hours every day and be totally happy. So for years now I’ve had this secret fear that the fact that I have that pull to doze and hit snooze pointed to some sort of flaw in me—I was lazy, I didn’t care enough, etc. 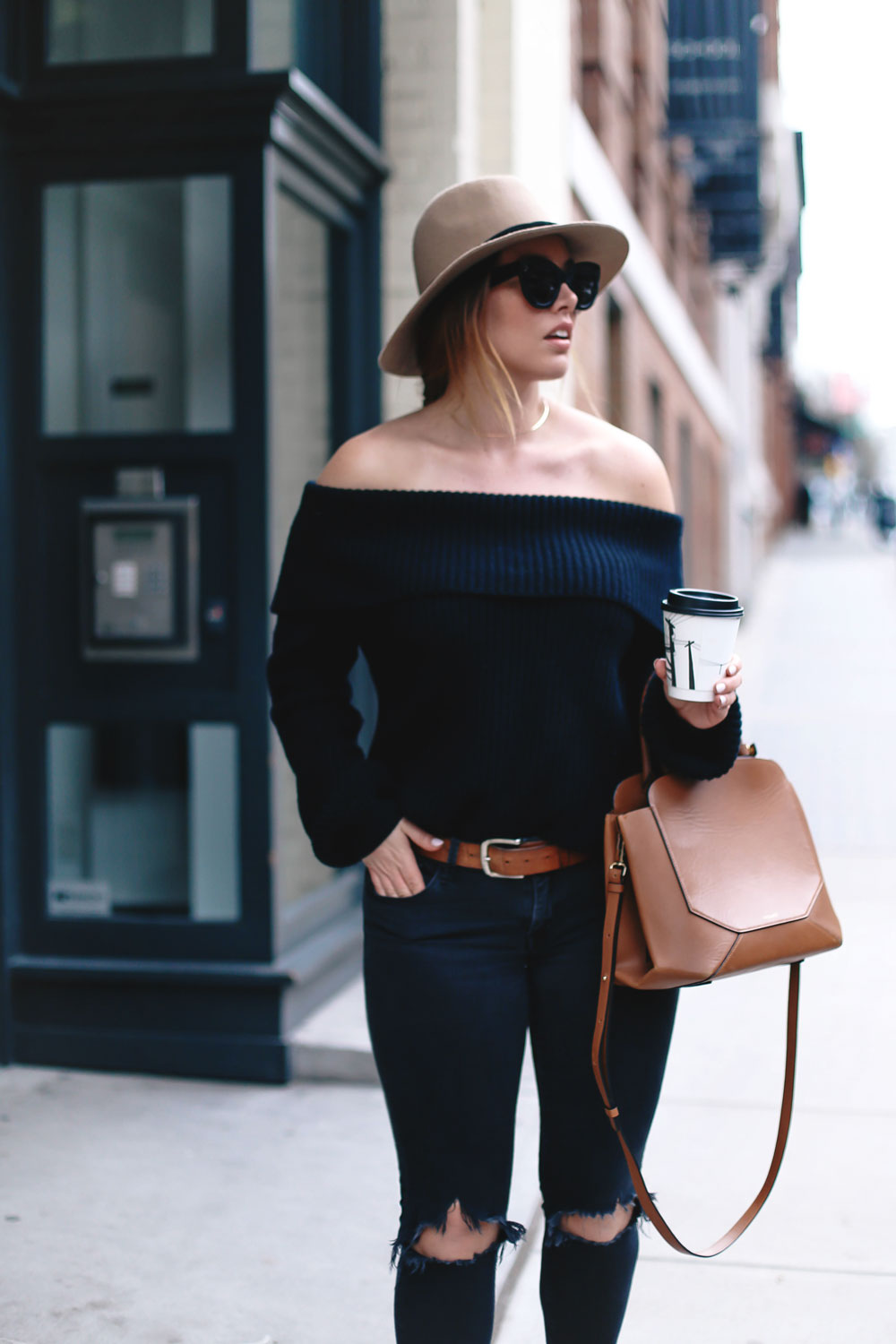 What I found so gratifying and so impactful was that Mel pointed out that while we all know that great things come to those who hustle, there’s still not enough of a spotlight shone on the fact that that will involve an endless cycle of fighting that inner conflict we have between what we know we should do and the hesitation that often immediately follows it. And while we’re told simply to just stop procrastinating, since we’re the only ones policing ourselves for the most part, it’s tricky to do without a really applicable, effective trick. 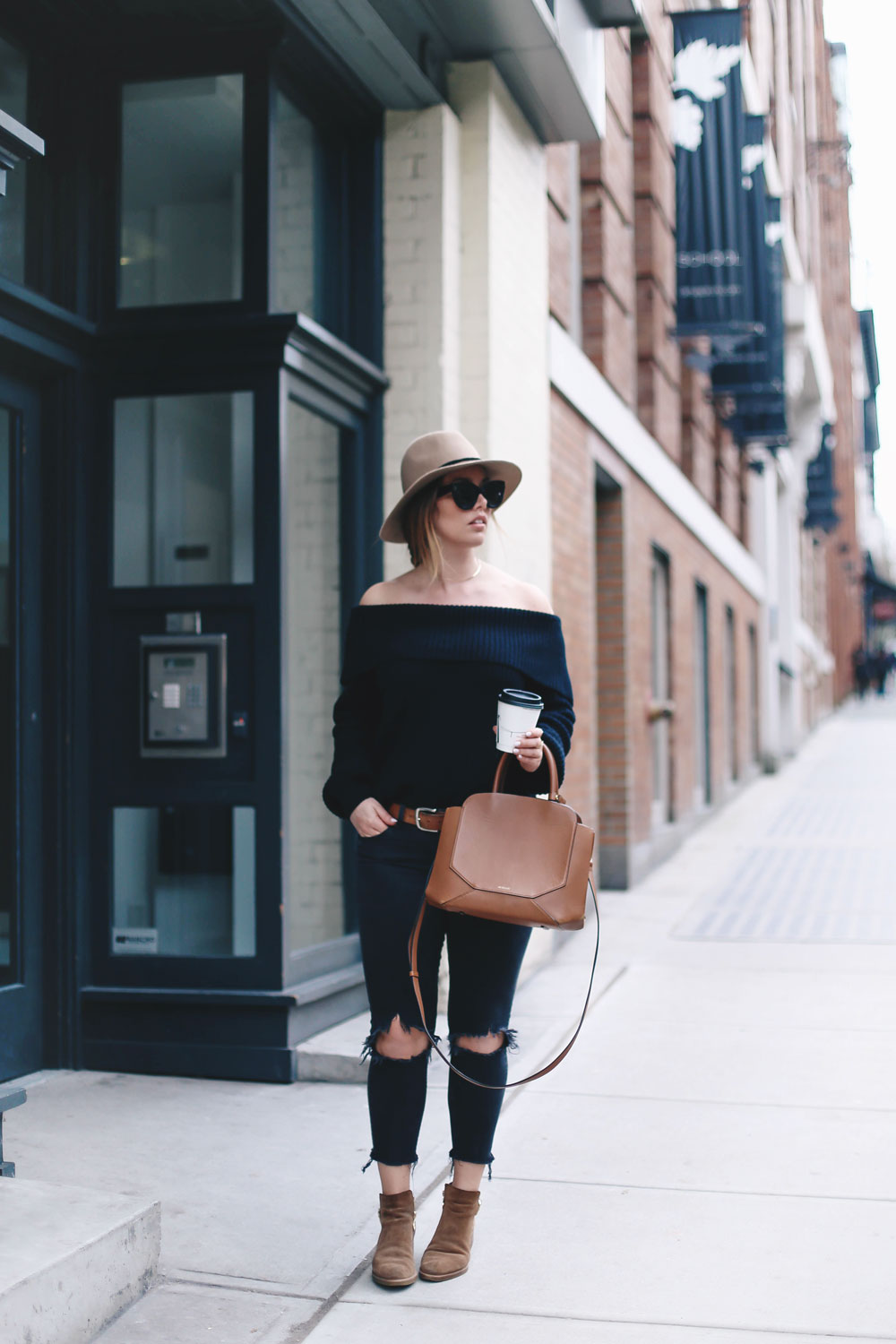 To illustrate this whole conflict and because I’m clearly already looking forward to sleeping later, let’s just say that when your alarm goes off, you will usually be immediately aware of the fact that you should get up, get out of your cozy warm bed and tackle the day with gusto. But for most of us, that’s immediately followed by a strong hesitation—it would be so much nicer to just snooze a bit longer, to relax a bit more. There’s no mum or dad at the door telling us to get the hell out of bed and hence the hitting snooze cycle often begins (this is especially true for people like me who aren’t natural early birds but who also really like proper sleeps!). 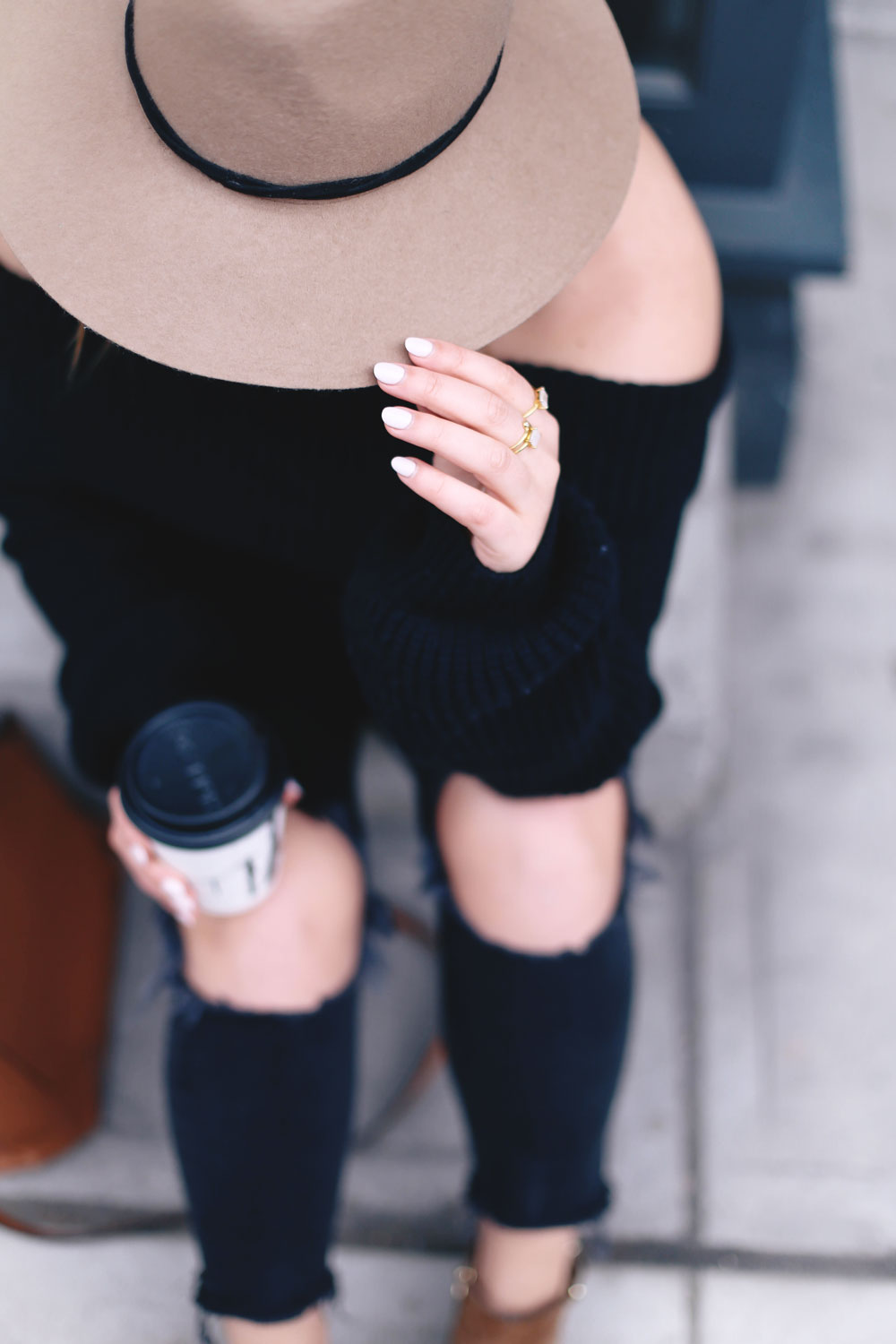 What Mel advocates is that the second you feel that hesitation, count backwards from 5: in your head or out loud, say 5, 4, 3, 2, 1. Do it every time you know you should do something and the lure of Instagram or watching TV immediately becomes strong. This isn’t just a hokey trick—it’s based in science. If you wait longer than 5 seconds, cognitively, the urge to do what you ought to do will likely be gone—it’s just the nature of our fleeting thoughts, particularly nowadays when we’re almost systemically in a state of perpetual distraction by all our devices. Counting backwards is also key because it engages your prefrontal cortex, actively and mentally engaging you so that you feel that immediate sense of control. 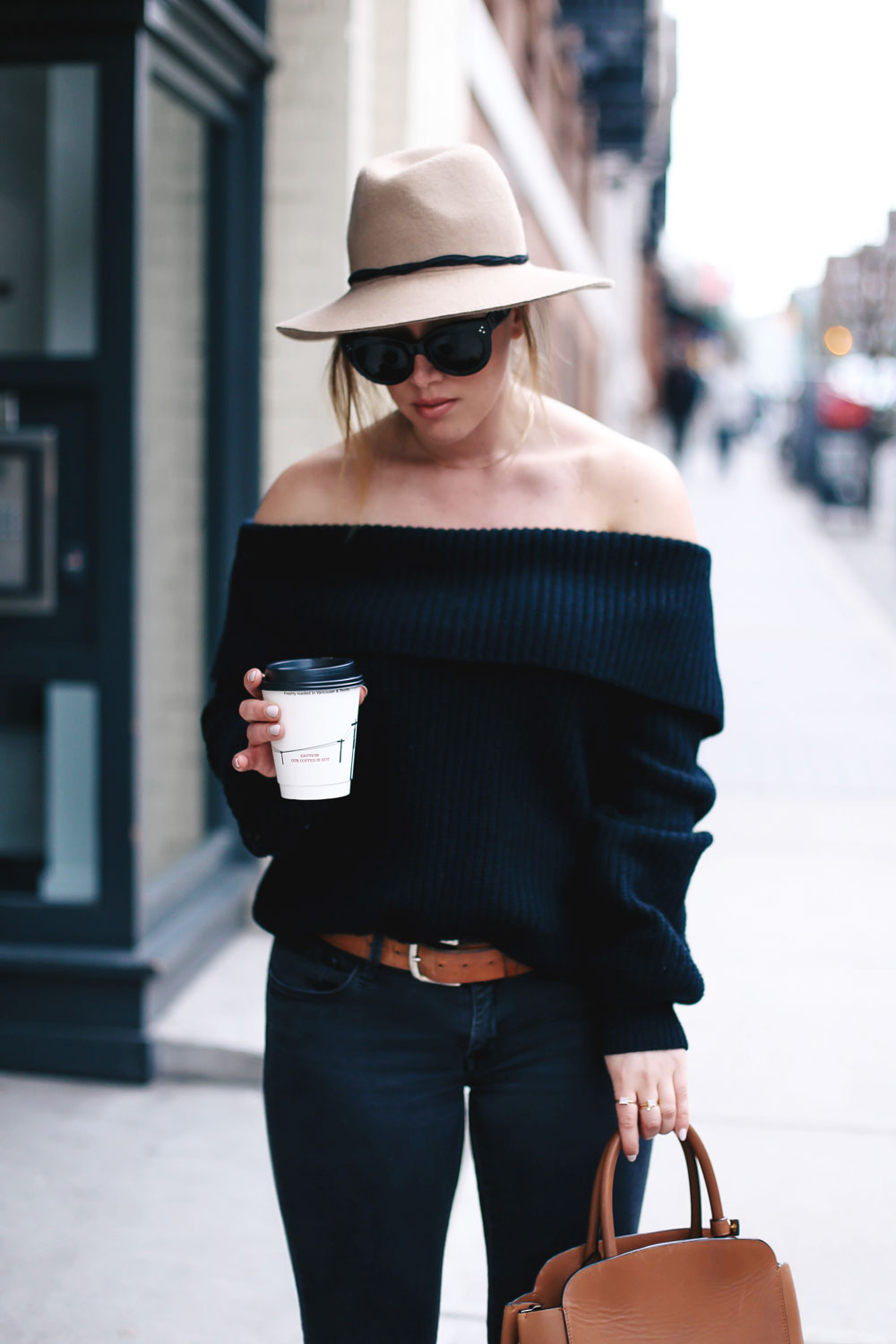 Mel has her own fantastic TED Talk right here where you can learn even more. And just as a quick example, I heard the podcast and watched the video on the kind of day that I find it really hard to stay on top of things. I’d gotten crazy IMS from my physio so had to cancel my workout and decided to buckle down at home all day (IMS can make you really sore physically, and it can also make you feel generally a bit out of it as your body resettles), it was pouring rain which always creates a general dreary, less-than-pumped mood, and all in all, the day could’ve just devolved into a long stretch of procrastination, which is always the danger of working from home for me. I ended up having the most insanely productive day—every time I knew it was time to do X and I started resisting that urge to do what I ought to do, I said out loud 5, 4, 3, 2, 1 and then got down to work. 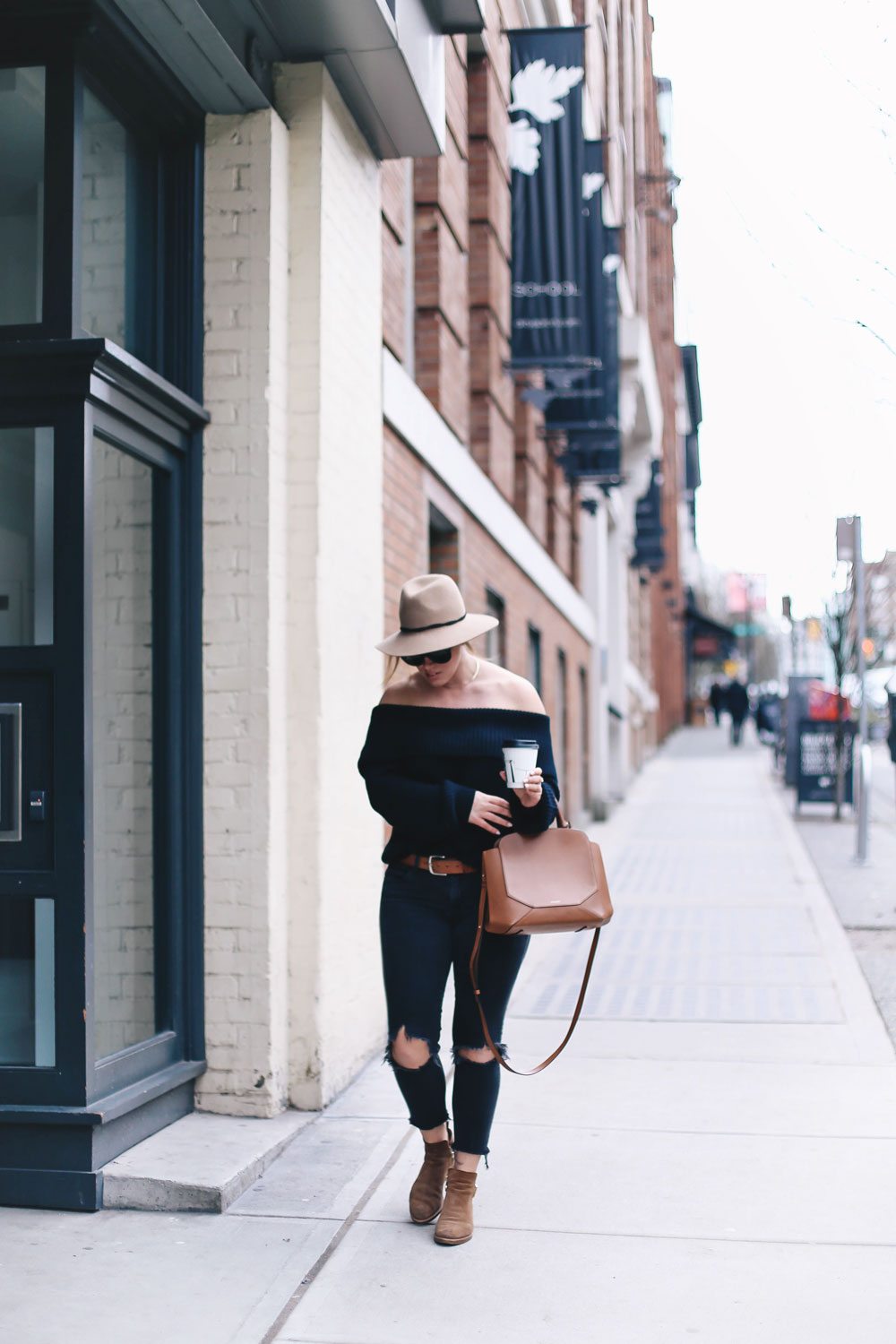 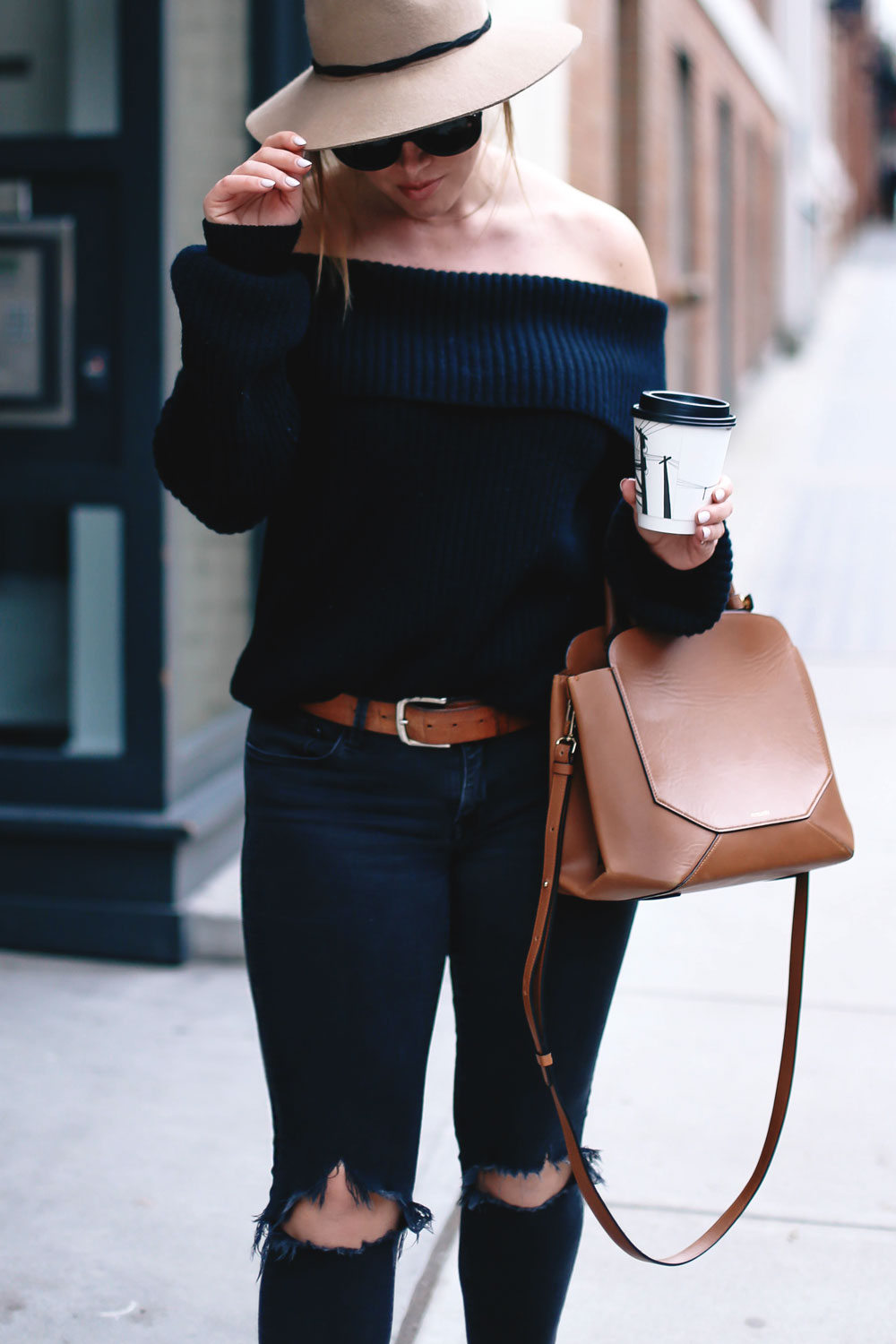 Anyway, a bit of a different post today but sometimes these podcasts, articles or videos can make such an impact on you and when I find something like this that switches up the game so much for me, I can only imagine it’d help other people too! So I hope you guys learn more about it and are able to try it out—let me know how it goes for you or if you have any other procrastination hacks to stay on top of productivity! 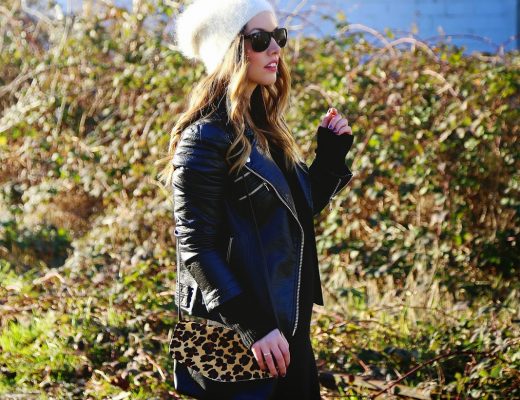 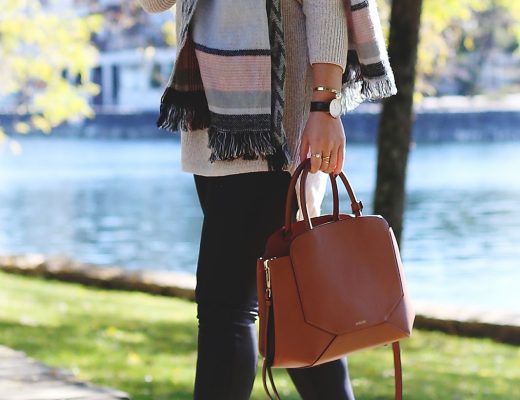 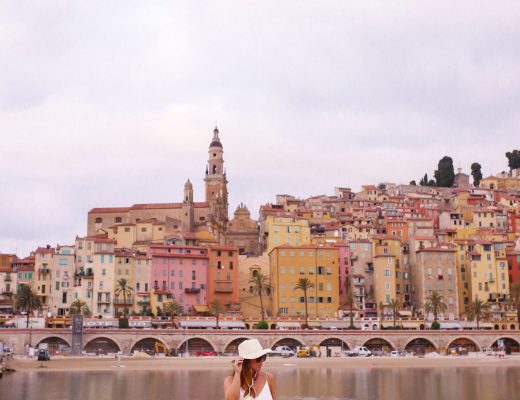