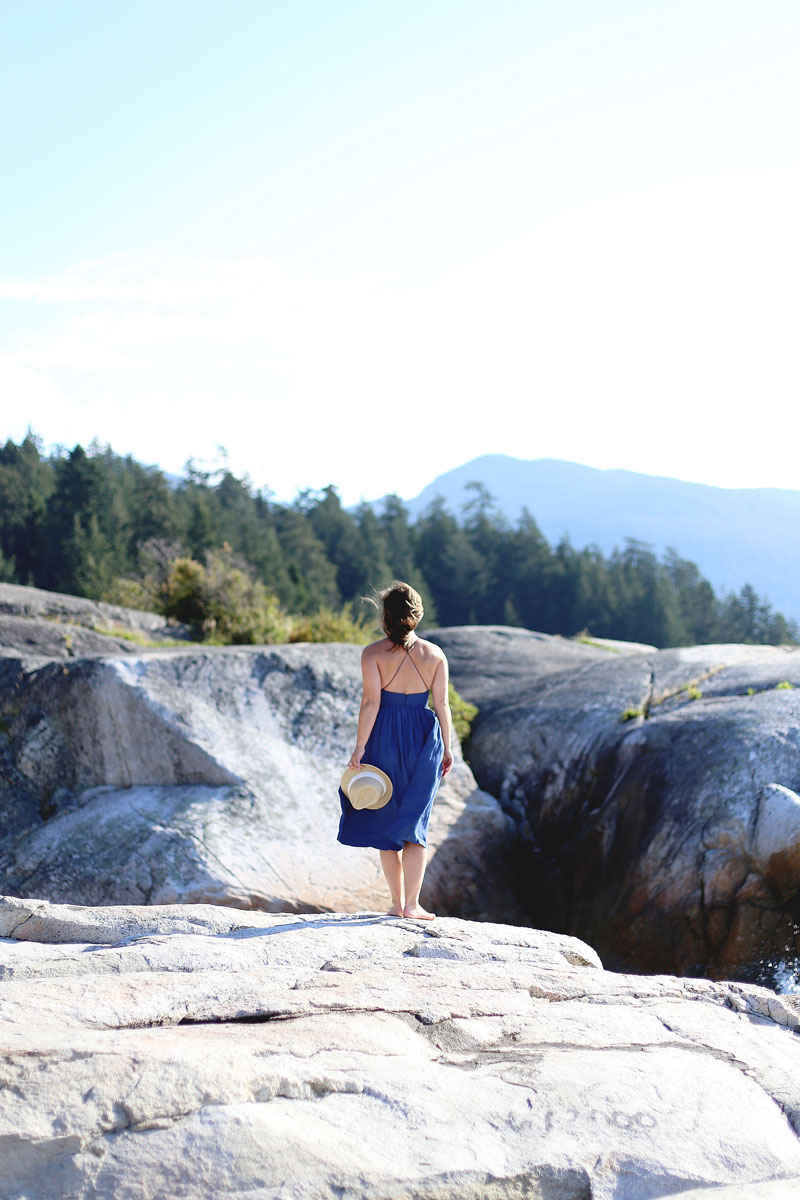 This summer I really wanted to focus on getting my back fully recovered (check out yesterday’s post for my full weekly fitness routine!), which means that as much as travelling is my biggest passion in life, I had to take a little break. The fact of the matter is travelling is really hard on any injury, but especially a low back injury. Sitting for hours (usually in awful plane or train seats) and lugging around things are both just about the worst things you can do when you’re trying to recover (though this carry-on packing list has helped me lots with lightening the load!). After getting back from a couple back-to-back trips this past spring (and really having a spike in my pain level), I realized that if I wanted to truly get better and be able to really travel come fall (can not wait to tell you what we have in the works!), I needed to invest the time and effort into recovery this summer. What that’s inadvertently resulted in is me rediscovering a love for my city. I mean, the city’s a pretty major destination for most of the world and there are so many things to do in Vancouver, but like anywhere, sometimes you forget to see your hometown through fresh eyes and its beauty and charm don’t blow you away anymore. Since I had more time this summer to really devote to playing tourist in my own city though, I’ve really fallen back head over heels for it, from places I already knew and loved to new discoveries, like Lighthouse Park! 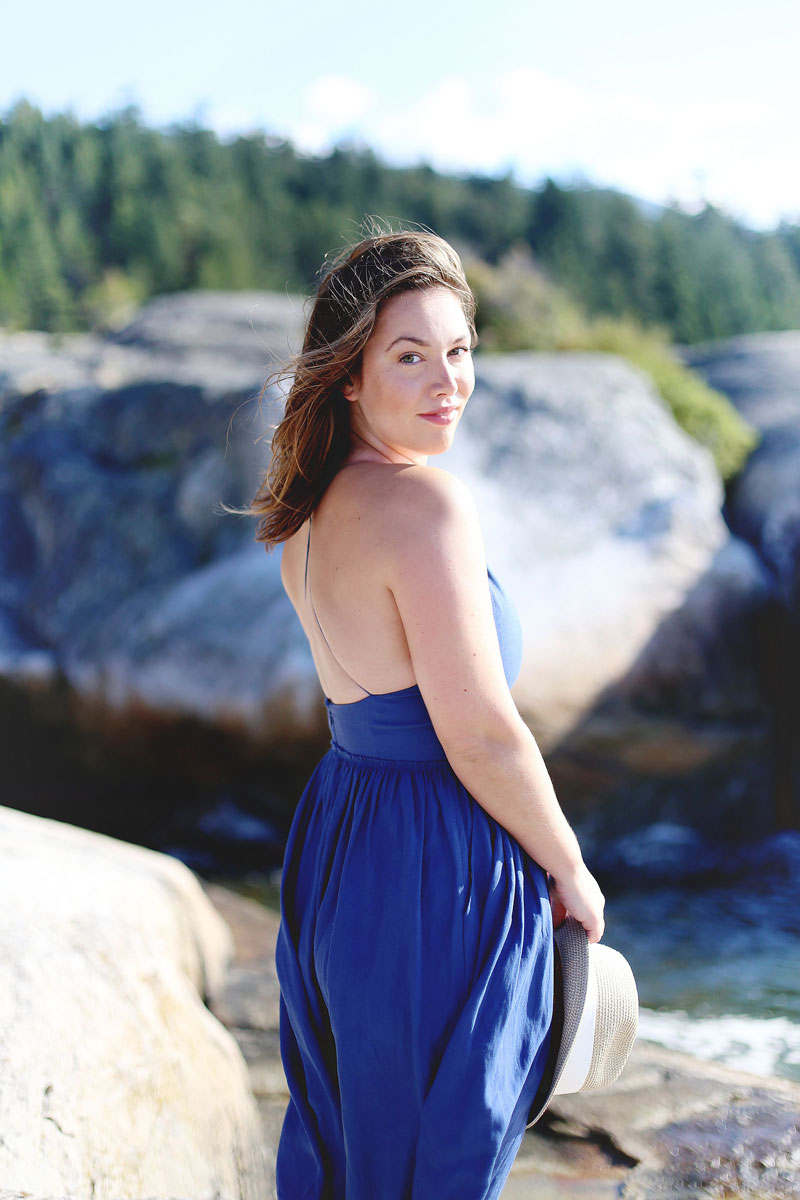 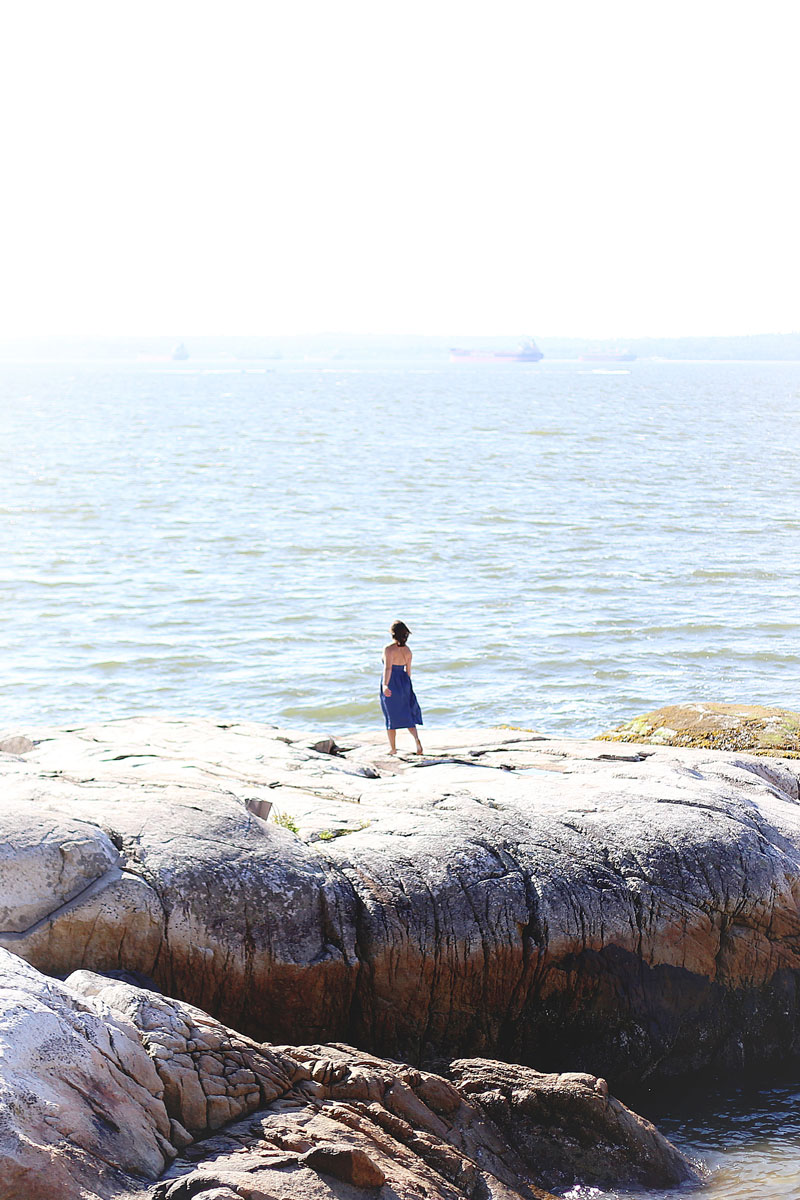 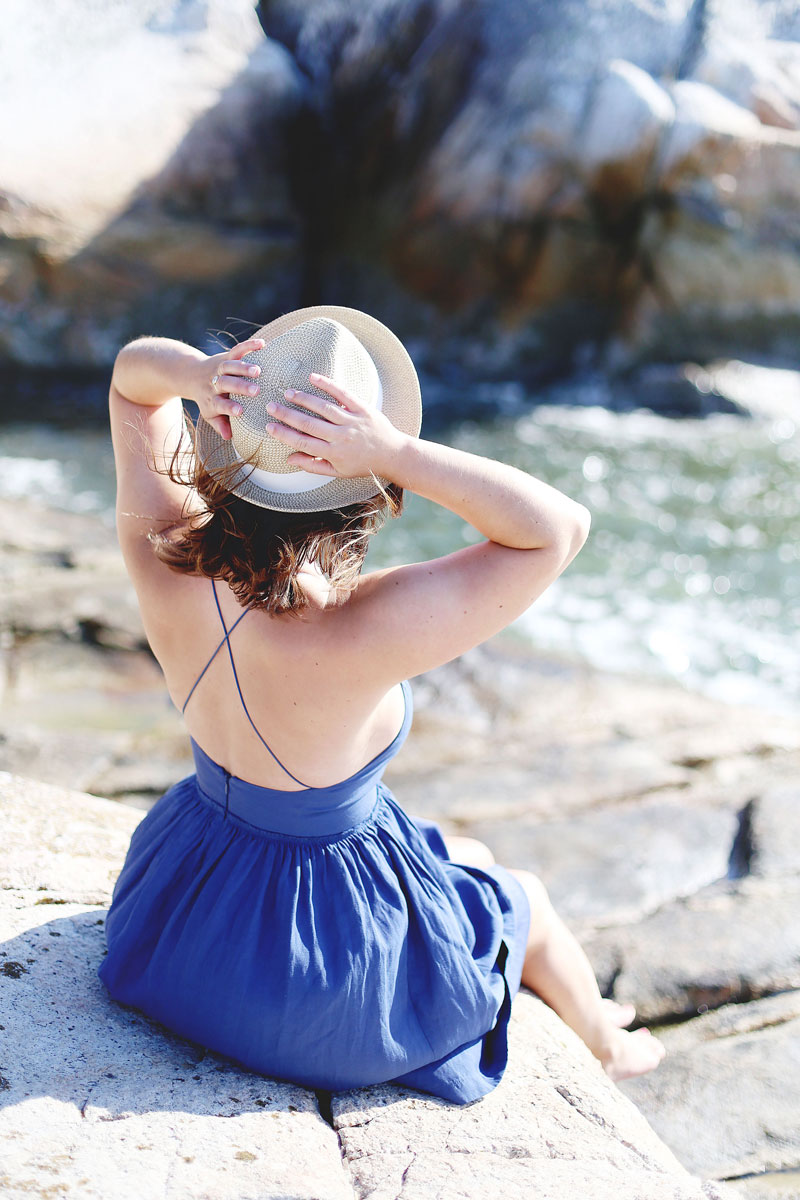 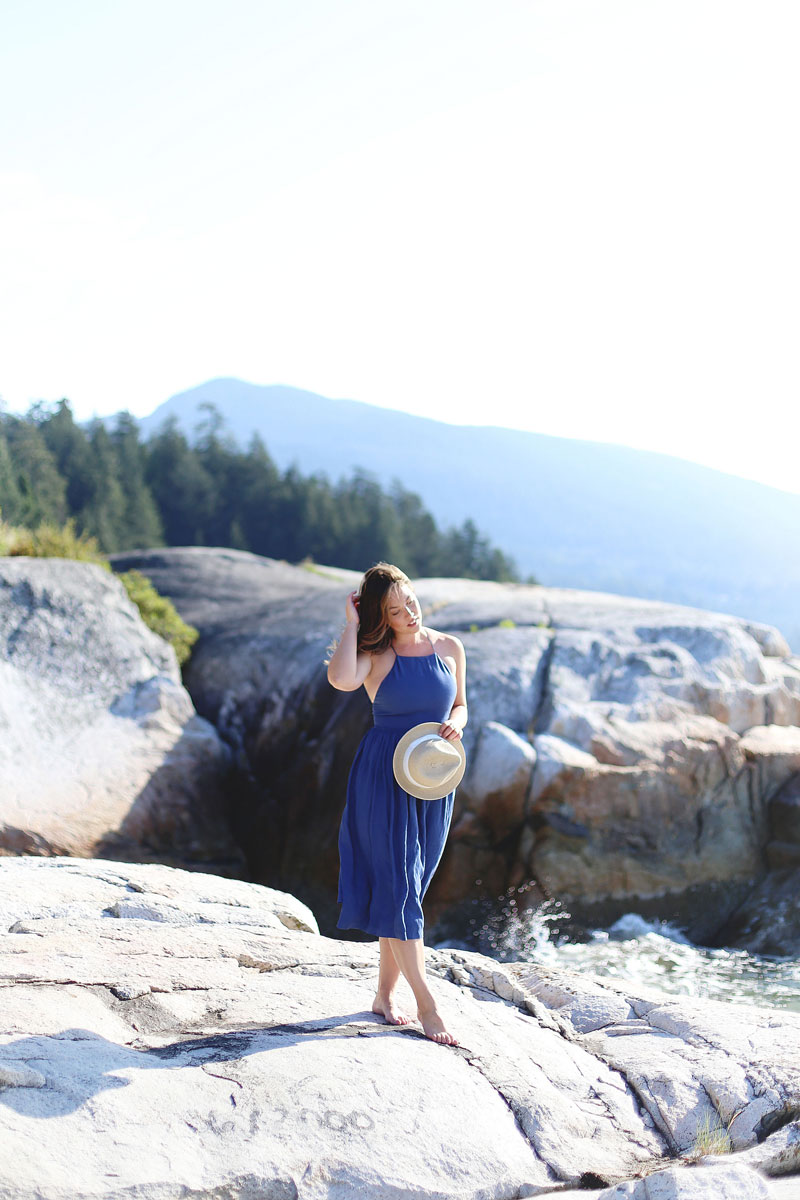 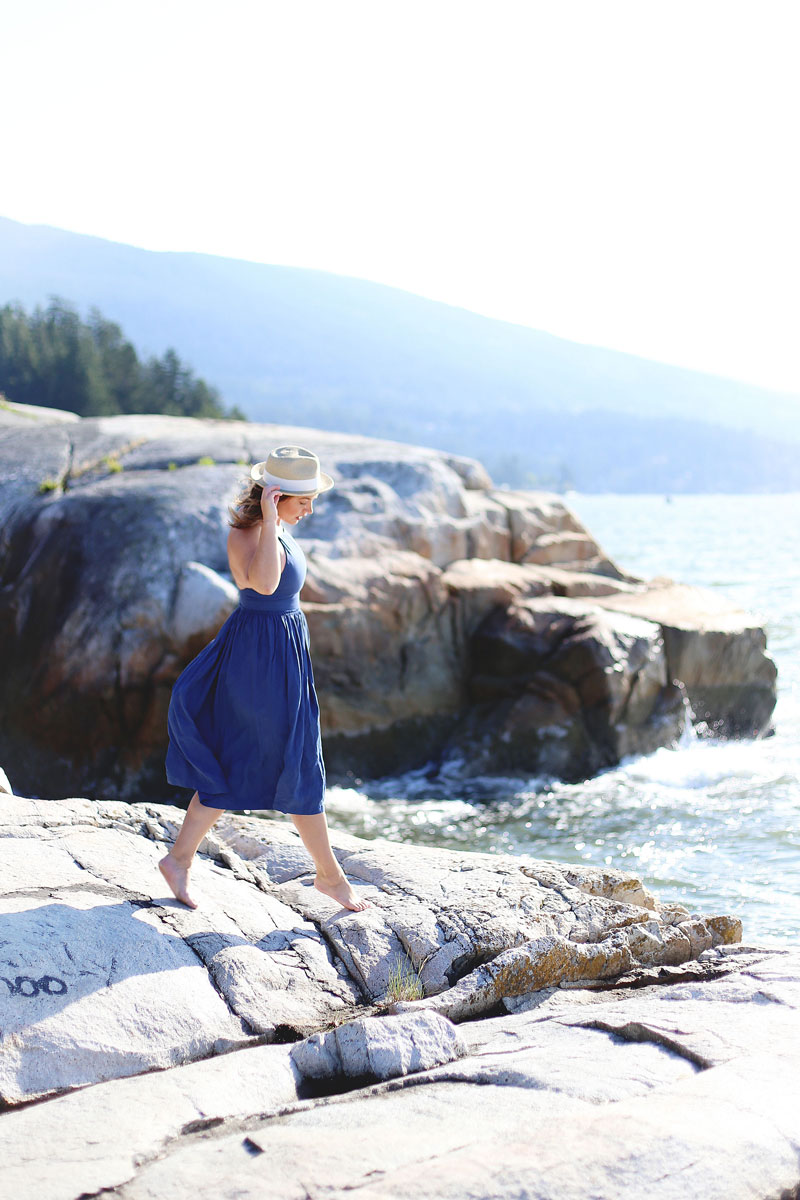 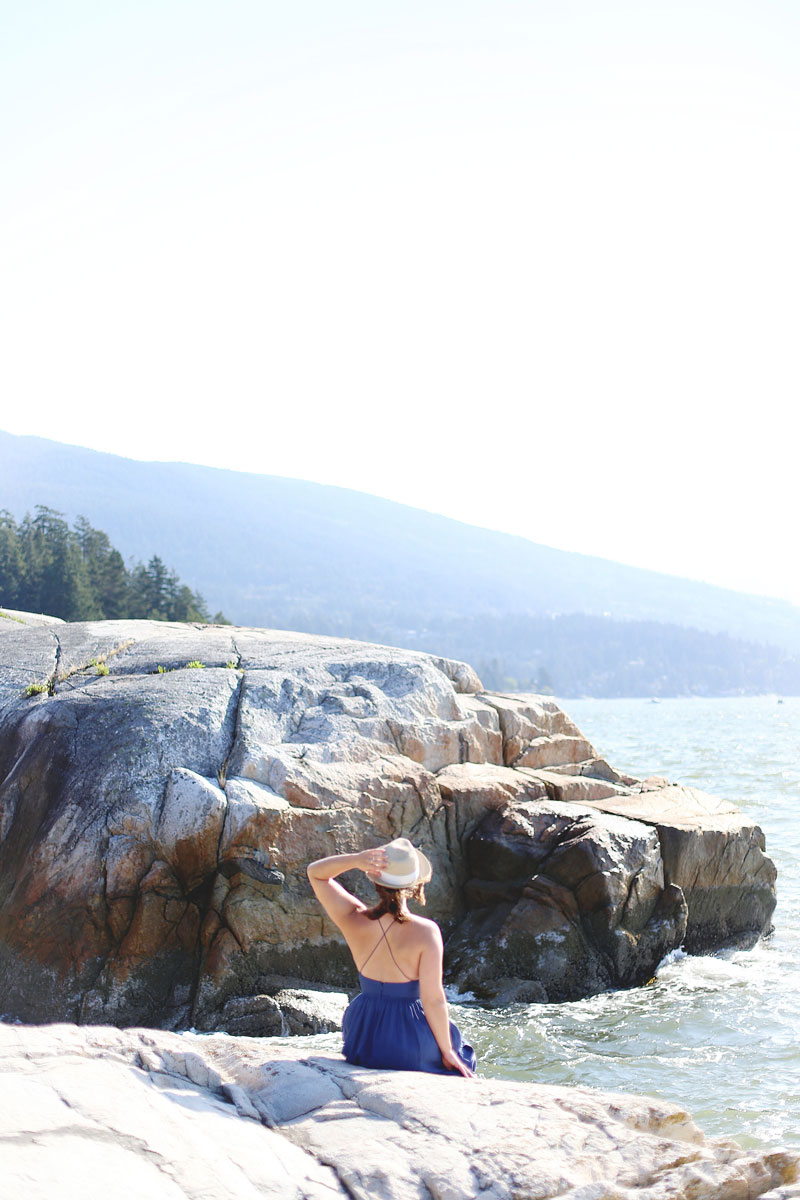 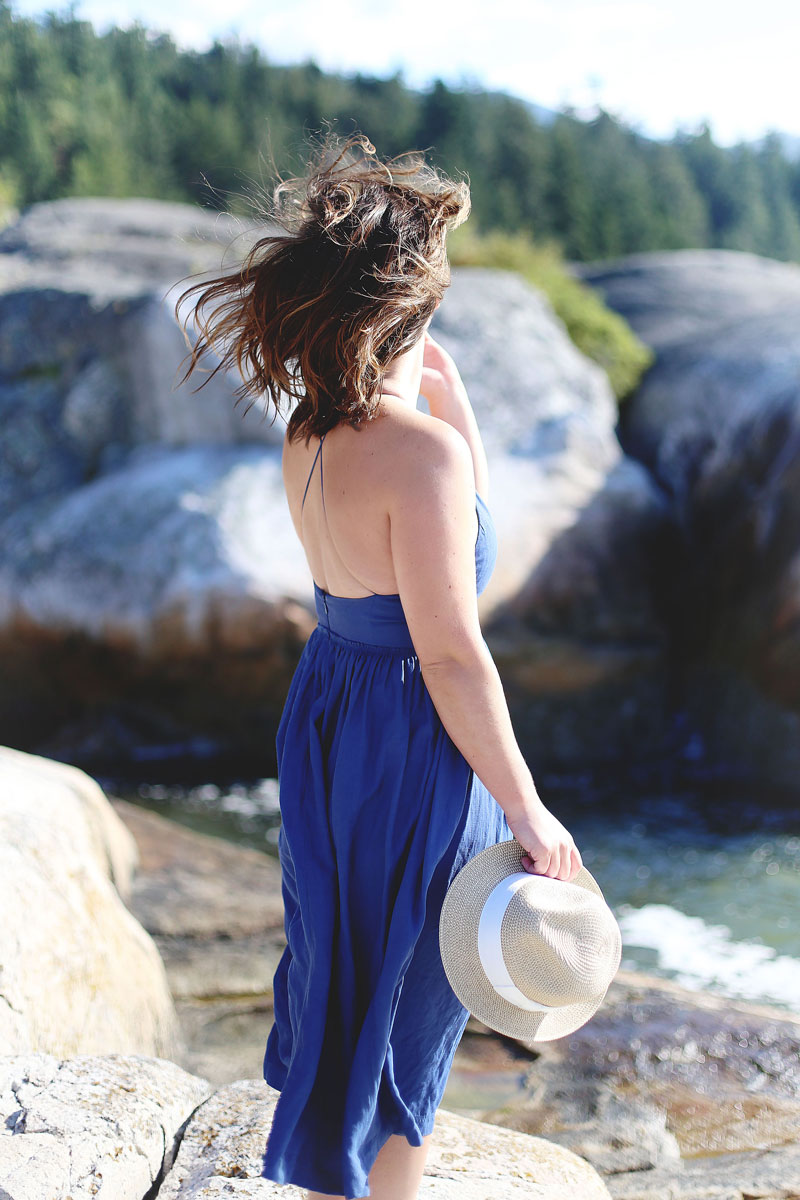 I grew up so close to West Vancouver on the North Shore in Lynn Valley but somehow just never made the trip out to Lighthouse Park. Alicia and I decided to pack up early last Friday and head out around 7AM, grabbing a quick coffee from my old West Van go-to Crema on the way (you must try their raspberry coffee cake, so good!).

We walked down and even though I’ve grown up with that West Coast majestic beauty all around me, something about the vantage point and views from the park were something I’d never really experienced. So, so beautiful. We clambered over the rocks, stood on the water’s edge and from there, you could see everything – the lighthouse to the right of us, forest and mountains to the left, Lion’s Gate Bridge misty in the distance and then the skyline of the city right before us, with barges and boats dotting the horizon. Needless to say, if you’re into panoramic shots, it won’t get much better than this.

I hadn’t worn this stunning Aritzia dress in awhile (I think the last time was in Barcelona actually!) but I’m glad I picked it – its romantic, simple vibe and blue tone could not have suited its surroundings better. We both shot our first looks and because we wanted to make the most of our time at the park, scuttled down to change into look 2 (which incidentally, for me was yesterday’s fitness look!).

After I got into my activewear and Alicia got into the most stunning gown, we turned to climb back up the rocks when Alicia let out a bloodcurdling scream. I laughed, thinking it was a crab or something, and then she shrieked…”RACCOOOOOOON!!!!” Being the outdoors woman that I am, I was all like “stand back, I’m here and I know just what to do,” making myself look really big and screaming to attempt to intimidate this mangy, most definitely rabies-ridden pest that was skulking towards our bags. Interestingly, that seemed to make it just really angry and as it started to hiss and pretty confidently advance towards us, with a clear plan of passing on its disease to us, it was my turn to freak out and scream “RUUUUUUUUN!!!”

We watched in horror as this possessed raccoon went through all of our things, ripped open the canvas bag Alicia had packed all her clothes in and selected her leather sandals. He carefully licked them both then set them down side-by-side, left-to-right (at least he had some low-level manners). He eventually got tired of our belongings and creeped off but we were pretty shaken. Growing up in the mountains I’ve had tons of bear encounters but I swear, nothing was as scary as this raccoon.

Moral of the story: you absolutely must go to Lighthouse Park and I would really recommend going earlier like we did because no one’s there and the light is beautiful, but make sure you don’t set your bags down because it’s basically an invitation for Rabid Raccoon (as I will now call him) to ravage your belongings. And maybe even lick your sandals (if you’re lucky, which Alicia was).

At any rate, stay tuned for more Vancouver & West Coast love over the next few weeks and then soon enough, I’ll be taking off again! We’re working on a trip that will bring us pretty close to one of my favourite places (hint hint hint). Just starting to pull it all together now and it’s exactly the project I needed! Happy Tuesday loves! 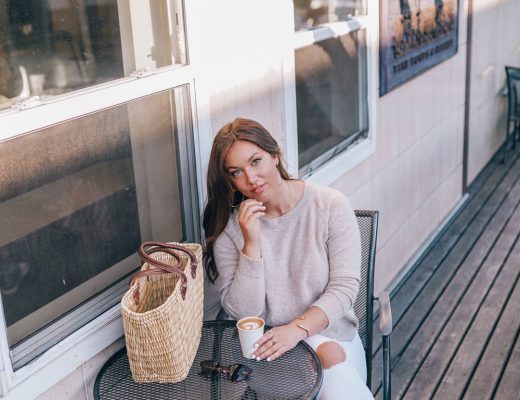 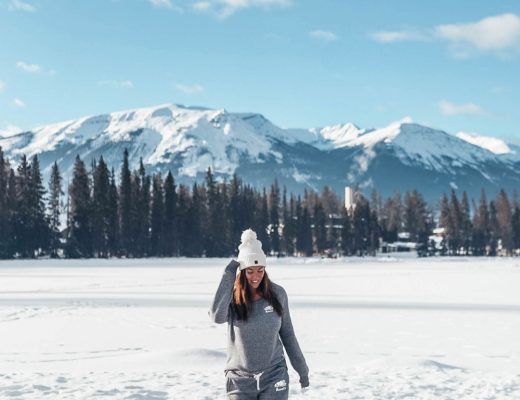 A Weekend in Jasper, Alberta 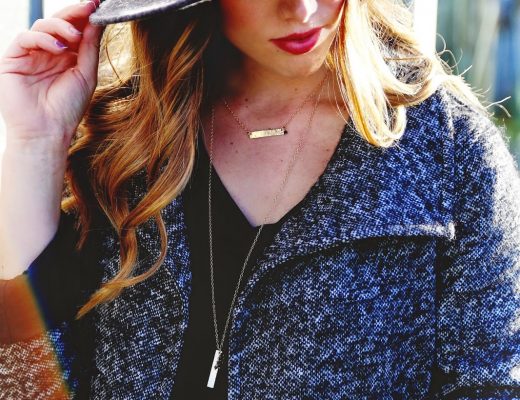