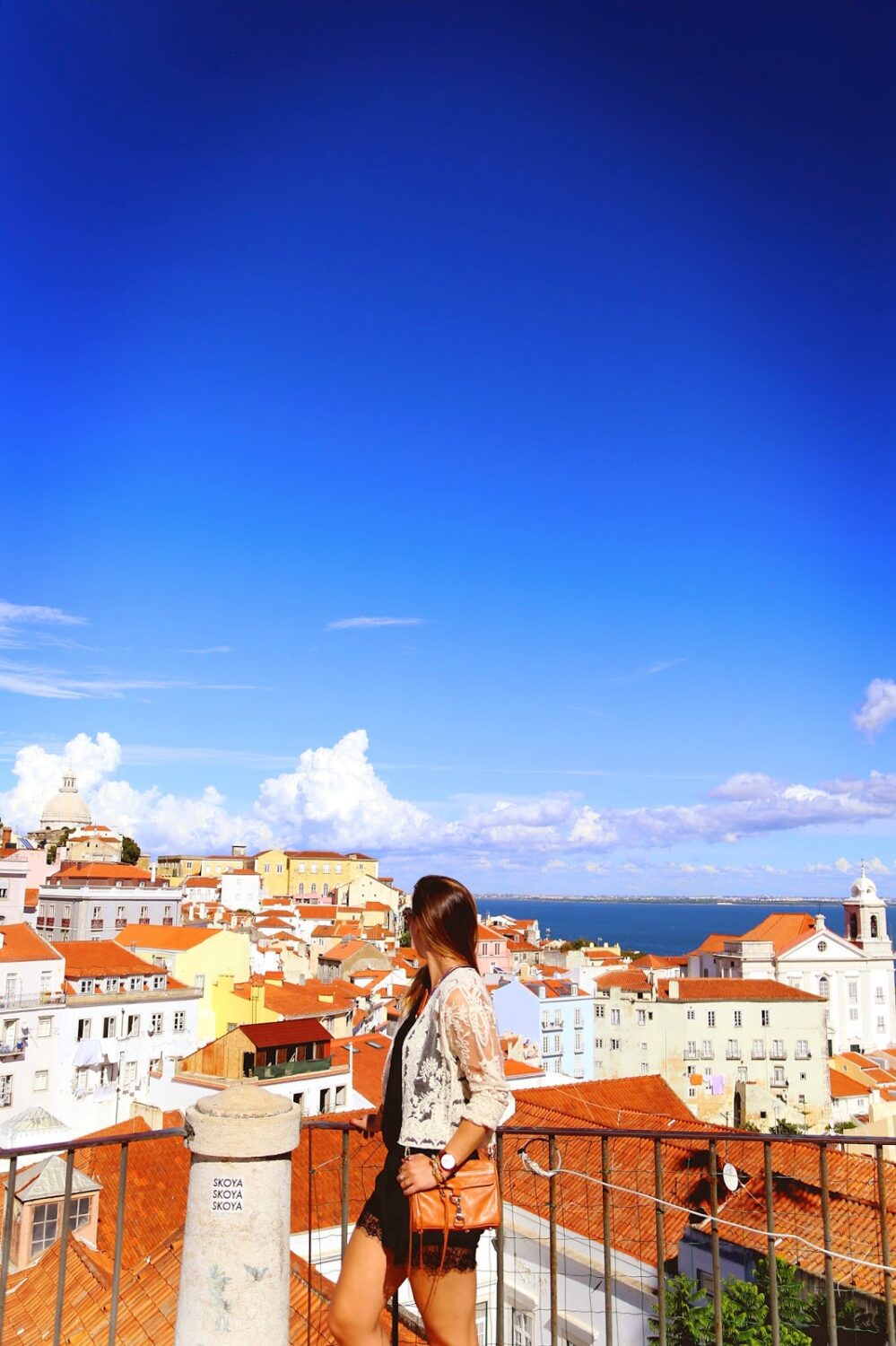 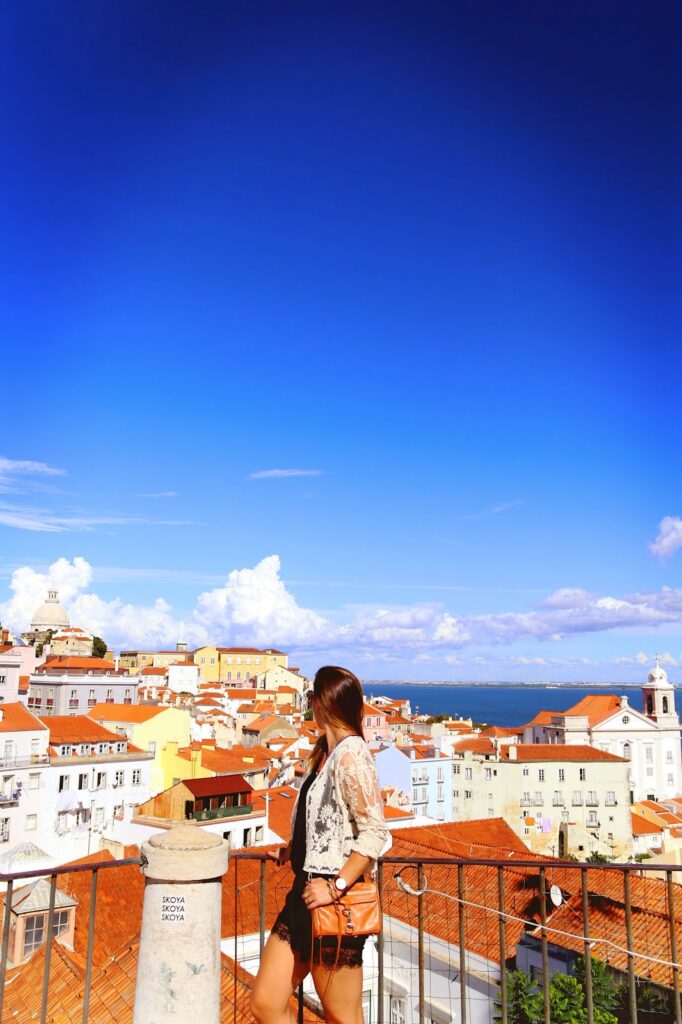 Rebecca Minkoff bag, shorts c/o Gentle Fawn (similar),
watch c/o Daniel Wellington, vintage lace cardigan (similar),
silk tank top c/o Joe Fresh (similar), sandals c/o Sole Society,
sunnies c/o Sole Society, ring c/o Brooklyn Designs (similar),
assorted bracelets c/o Viva Blanca & Keltie Leanne,
necklace & bracelet c/o Shashi
Okay, so while I usually wouldn’t open a post with such an audacious statement, I’m just going to go ahead and say you’re going to want to click through to see this full travel photo diary. While I fell hard for lots of different places on my Europe adventures (these two were particular loves of mine), Lisbon (and Portugal in general) was on a whole other level beauty-wise, and given that I didn’t know much about the city and country before landing there, I honestly was ridiculously overwhelmed by how quickly I fell for it and just by how damn beautiful the whole country is. Take that blue sky for example – other than a couple little tweaks to curves in Photoshop, that’s what it looks like in person. I’ve never seen anything like it in my entire life and it’s truly something that needs to be experienced at least once in your life. So without further ado, explore Lisbon (and the famous historical area we were staying in) by clicking through here! 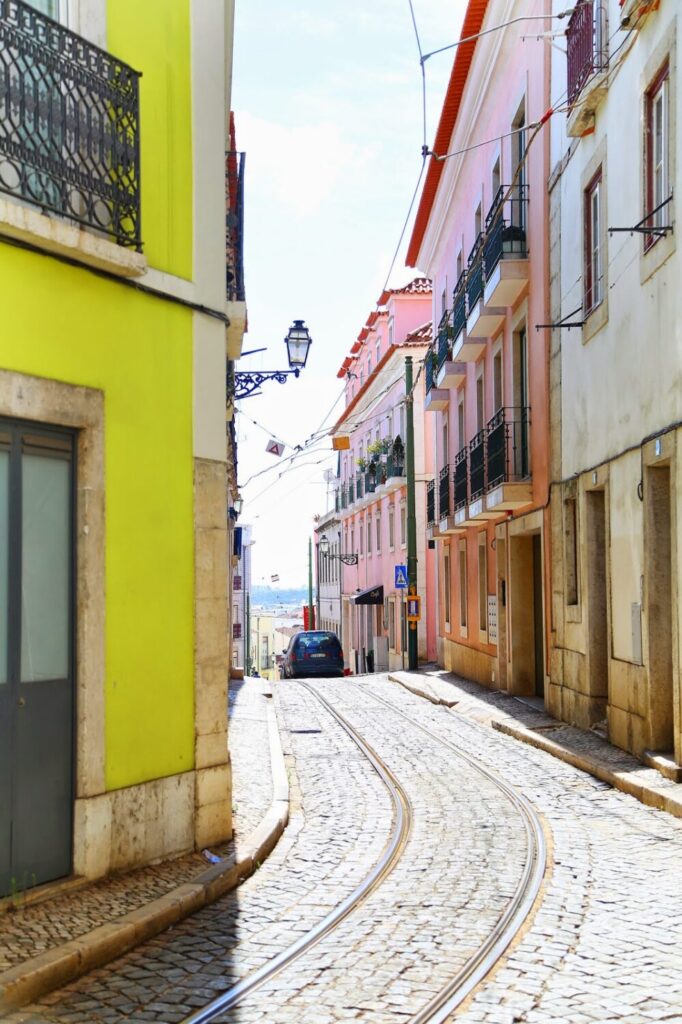 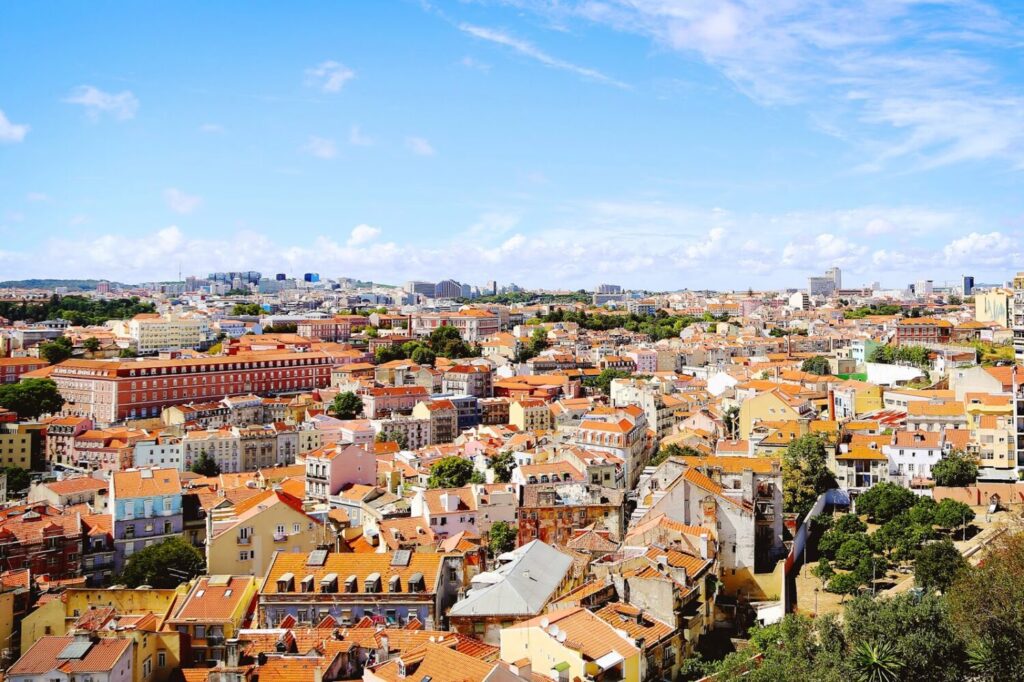 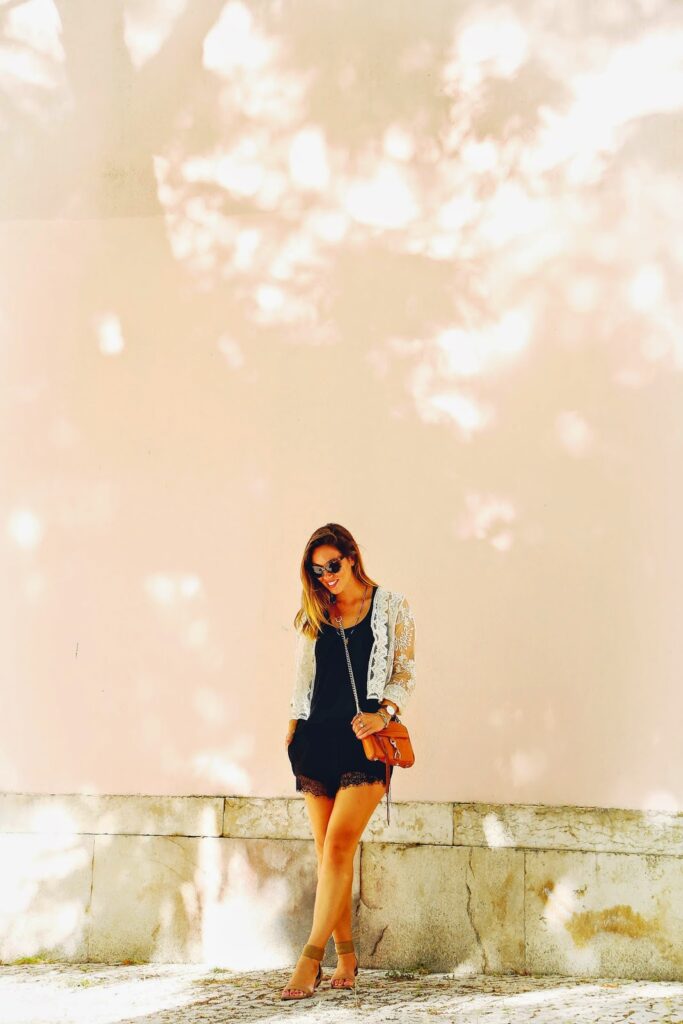 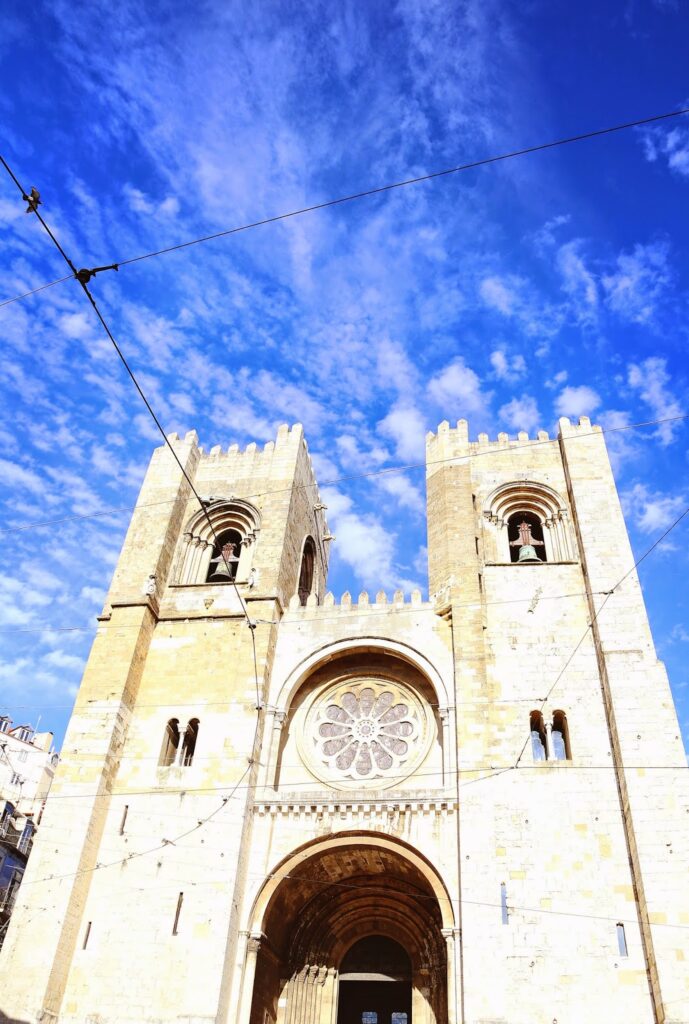 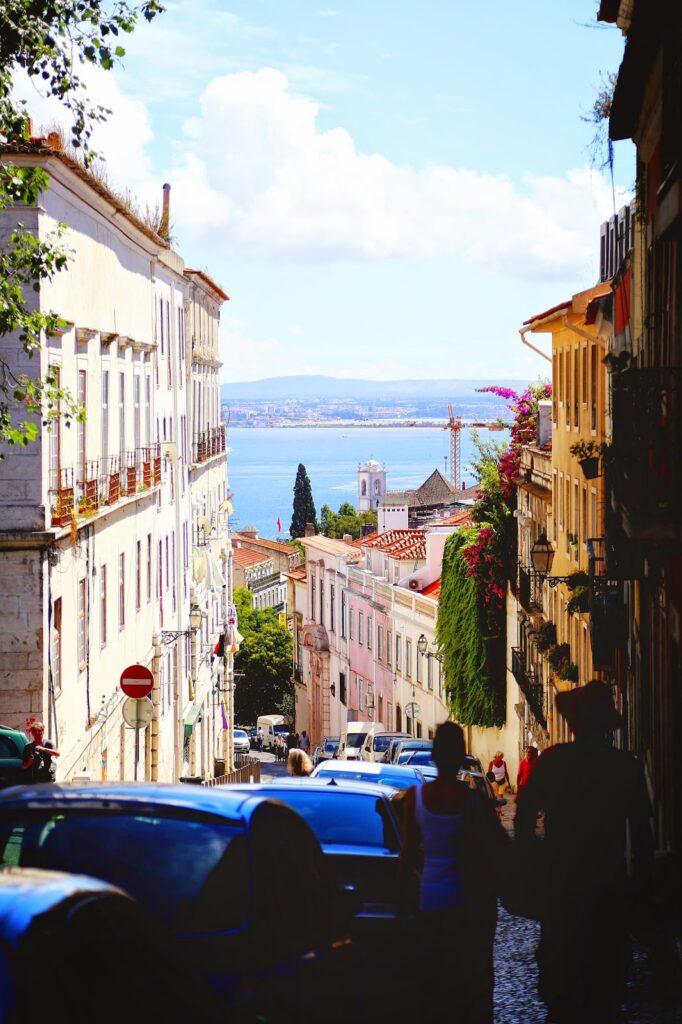 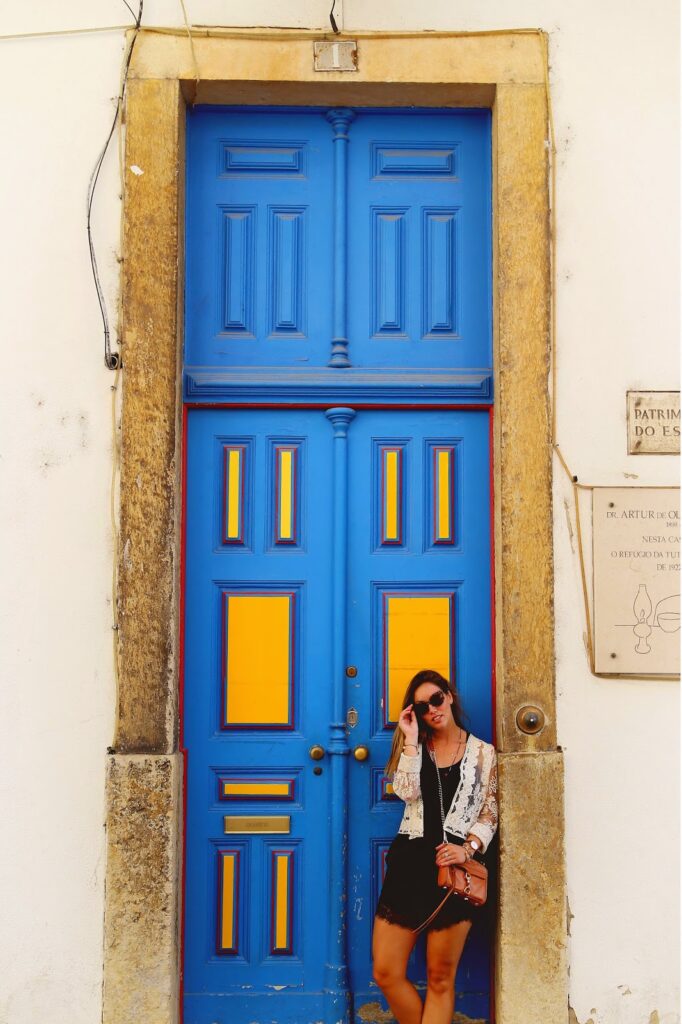 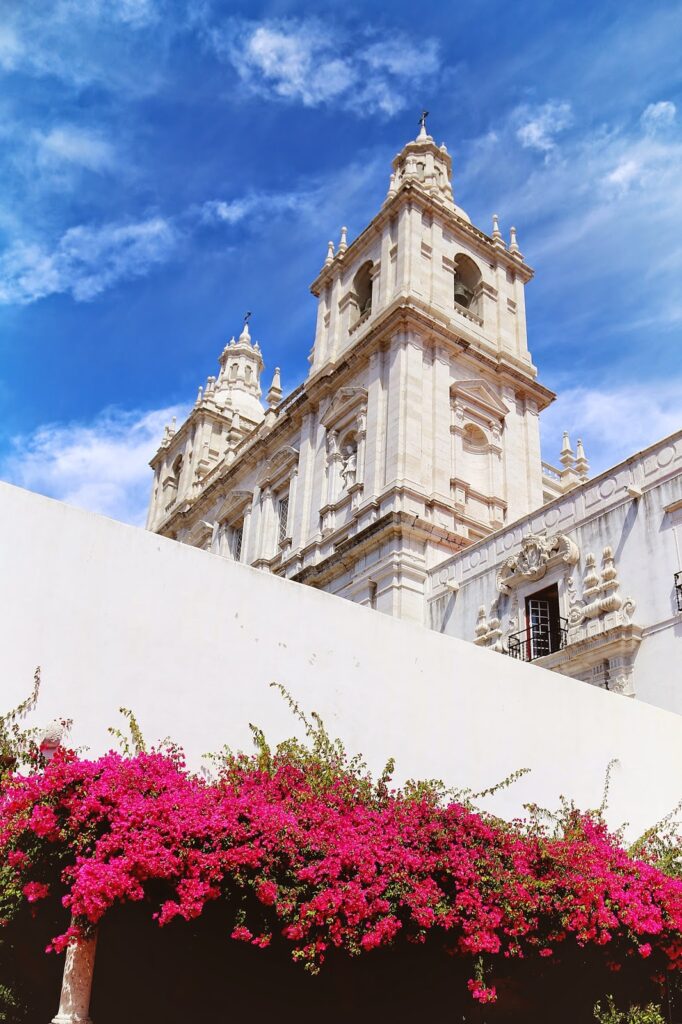 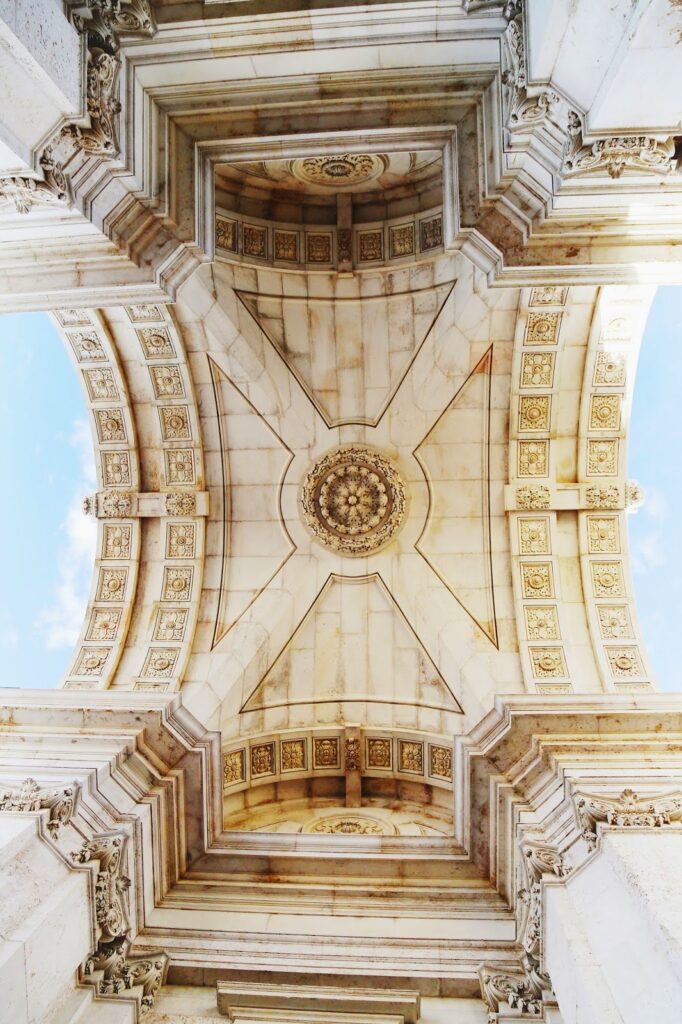 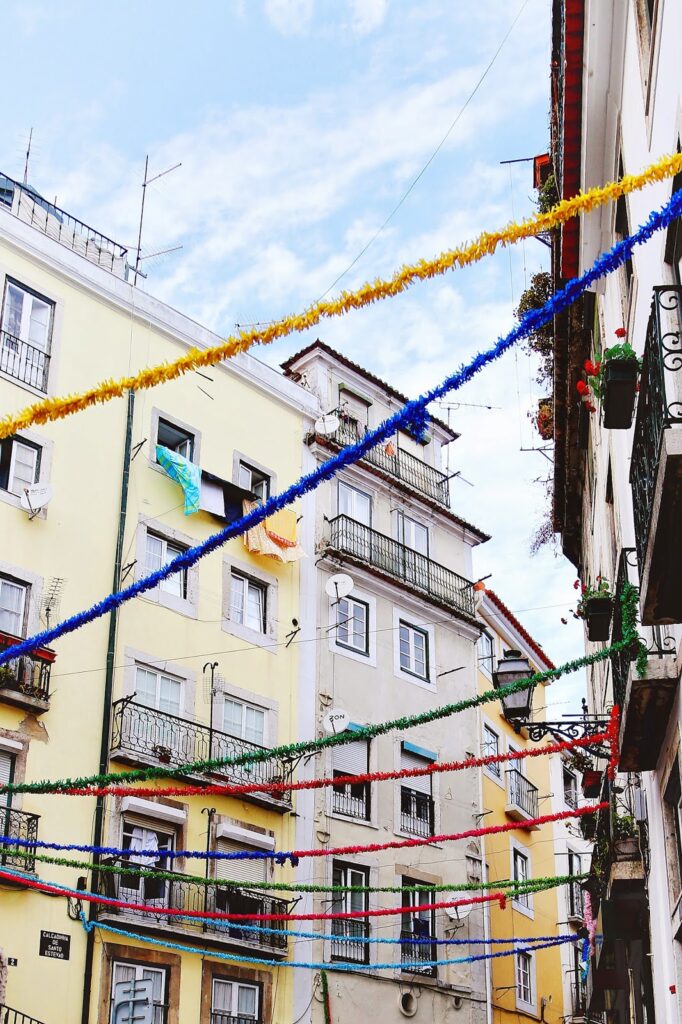 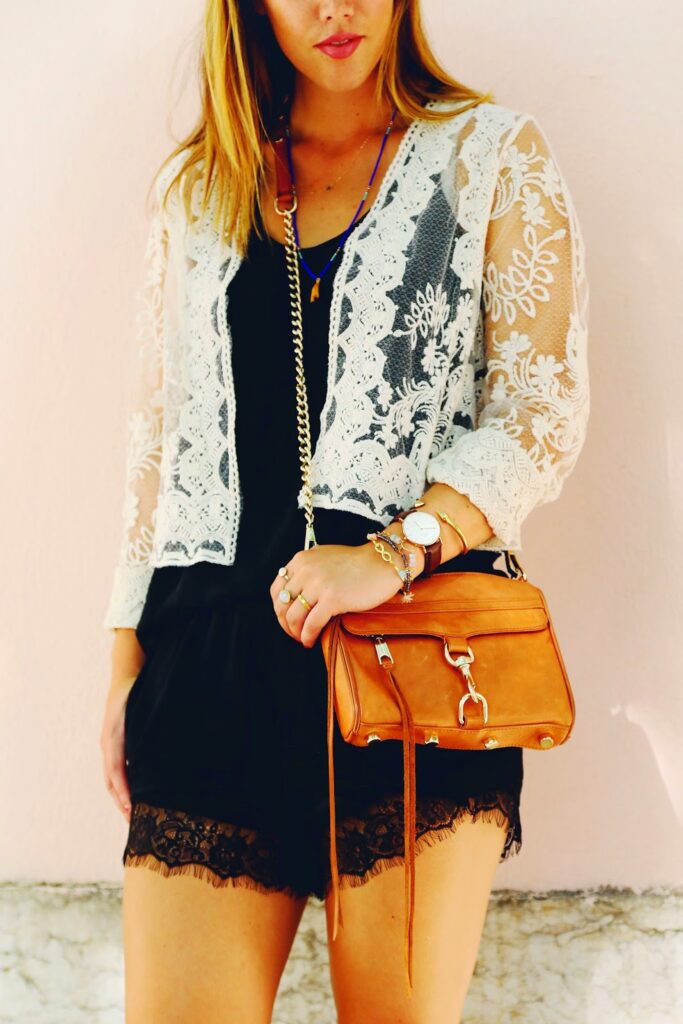 Some of the best decisions I made the entire trip (other than returning to Paris and Ireland, but that’s for later!) was a. to extend my stay in Portugal, b. to choose Alfama to stay in aaaaaand c. to book our place through Airbnb. I loved staying at hotels, at friends’ places and at hostels (make sure you catch my hostel etiquette post!) throughout the trip but there was something really special about staying right in the heart of the city’s most historical area in our “own little place” for the week that we stayed there before Matt jetted home and I stuck around Portugal.
So a little History 101 in regards to Lisbon: in 1755 there was a massive earthquake (also known as the Great Lisbon Earthquake) that completely obliterated the entire city – the entire city other than the historical district of Alfama (which was already historical at this point, having been the epicentre that the city had expanded from over time). Alfama is built on an extreme slope and somehow was protected from the ravages of the earthquake, meaning all of its distinct winding narrow lanes, centuries-old stone roads and tiny squares are intact.
The famous Tram 28 winds its way up and down the district’s at times cliff-like overhangs and tight twists – we didn’t take it since we walked the whole thing again and again, but as mentioned in my Barcelona post, just be aware of your belongings if you’re on the tram, in the city centre or on trains in and out of the city!
All in all though, Lisbon was filled with some of the most amazing and kind people. It took us all of three days to become buddies with our corner store guy (who force fed us at least 10 pieces of this salty cured ham after we had had too much vinho verde at a traditional Fado bar one night), a sweet tourist shop owner noticed I was limping after I got a blister and chased me down with bandaids, the lovely girl at our favourite café spent more time giving us her best Lisbon tips than she did serving…the list could go on and on. It was a recurring theme I had throughout all of Portugal, actually – there’s a certain openness that people have that I only really saw in a few other places (Ireland’s one for sure) and I found I would make quick friends everywhere I went in the country.
This openness initially threw me off, actually, particularly in Alfama. The locals have what must be a deeply ingrained, centuries-old love of just standing…and staring. It just seemed so natural to them. They’ll stand at their stoops, in their windows, hanging over their balconies, wherever. And they’ll just watch the street for hours, openly watching you as you walk by. Being Canadian, we’re taught to not make eye contact with strangers – if you accidentally are caught looking at someone in public (particularly on the subway), you move those eyes fast elsewhere, pretending as if it never happened. Definitely not the case in Lisbon, and once I realized that this watching was actually not threatening at all but really just openness and curiosity on their part, my discomfort with it quickly dissipated. I started returning the looks and soon, we got to know quite a few of our stoop dwellers along Rua dos Remédios. It was a really amazing lesson and experience in being more open and connecting with everyone around me, even complete strangers. Was definitely good to shed some of that North American propriety.
I honestly can’t stress enough that if Portugal is for whatever reason not on your list of must-see’s, you need to just trust me and change that. It is not only one of the most amazing places to stay in terms of natural beauty, history, architecture, people and culture, but it is also one of the most affordable places you can stay. When I was travelling alone after Lisbon, I unwittingly only spent 40 euros one whole week. I still don’t know how that happened because I ate normally, had drinks, etc, but your money just honestly goes so far there. But having said that, you’re not spending less and getting less – you’re most certainly experiencing more than many other places I travelled in Europe. Portugal was just truly one of the most beautiful and incredible places I stayed in that coincidentally was also the cheapest. I can’t wait to share more from Lisbon and its surrounding areas (another perk of the city – so many amazing, historical cities just 30 minutes away by train!), as well as more from Portugal!
Happy Friday friends!
You’ll Also Love These Travel Diaries:
Barri Gòtic
Amsterdam by Bike
A German Fairytale
Shop my travel style:

JavaScript is currently disabled in this browser. Reactivate it to view this content.
11 Comments 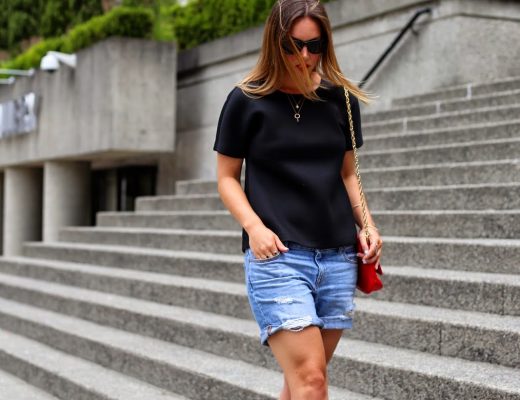 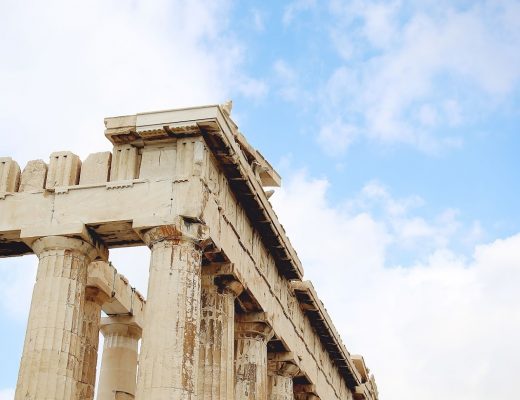 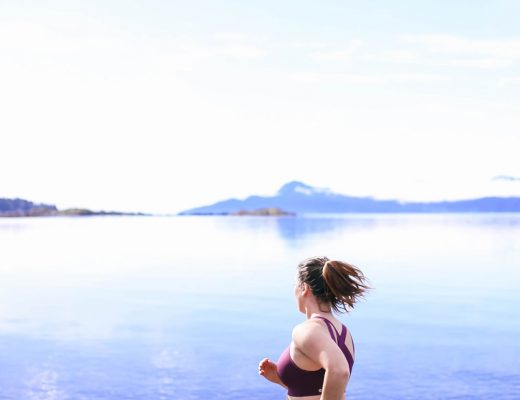