I’m sure you’ve all undoubtedly seen the horrifying pictures of the rioting that happened here in Vancouver after our Canucks lost to the Boston Bruins.

Drunk idiots, cowards, and Ed Hardy-clad douchebags
Before I say anything else, please let me just say this: as a proud Vancouverite, I need it to be known that 97% of the city was either trying their best to escape the pandemonium downtown or were at home, watching their television sets in horror. We were all disappointed when we lost, but we’re proud of our boys and can recognize the fact that at the end of the day, the Bruins simply played a better game and deserved their win.

A very different atmosphere at the Vancouver Winter Olympics last year:
entirely safe, filled with pride, inspirational, joyous
When we hosted the Olympics last year, there was never a single moment in which I felt at all in danger. Different nationalities mingled and laughed together despite being in direct competition with one another. People were lit up with joy, high-fiving cops on the streets, hugging perfect strangers, and most importantly, coming together when the Georgian-luger Nodar Kumaritashvili tragically died during a test-run. Not just the city’s inhabitants but all those that were visiting the city lived in peaceful co-existence. Having experienced that amazing period in history first-hand, I can personally attest to it being one of the most incredibly inspiring and uplifting moments of my life, something which I will never forget. I even remember joking around and hugging American fans when we finally beat their hockey team – people were happy, peaceful, and loving the moment.
Having said that, imagine our absolute and complete horror when we saw our city, once capable of such peaceful mass gatherings, being torn to pieces, lit on fire, and looted by a small group of shitheads (excuse my language), so cowardly and twisted that they had come prepared with bandanas in order to hide their faces. Imagine the shame and disgust we all felt in seeing people bloody on the streets, cops changing into their riot gear, and drunk eighteen year old idiots, clad in Canucks’ jerseys, jumping and dancing on top of cars that were on the brink of explosion. Imagine my concern and anxiety knowing that my sister and mother were downtown, trapped at the Queen Elizabeth Theatre (where they’d gone to watch Wicked), unable to get home or to their car.  The actions of a hundred or two moronic jackasses were enough to turn what was simply a disappointing loss into the utter destruction of the city we all know and love. This is not what the city wanted and this is simply not what our city is about.

Beautiful Vancouver as I know it..
The way we peacefully came together during the Olympics is who we are as a city. The civilians cleaning the streets out there right now, joining the Post-Riot Cleanup organization that was already being set in motion by Vancouverites early into last night’s events (check them out on Twitter too) are who we are as a city. The 50,000 or so people who are proactively identifying rioters in the Facebook group Vancouver Riot Group: Post Your Photos are who we are as a city. The people who are being gentle and kind to one another today, like these wonderful bakers handing out cookies to the cleanup volunteers, are who we are as a city. Each and every one of us who were crying or shaking or disgusted with what we saw happening to our beautiful home last night are who we are as a city.  Don’t forget about who we actually are.
I’m not trying to sweep the horrifying things that happened last night under a rug –far from it, actually. I can not believe that all of this has happened, but I will not ignore it. I can only hope that this will bring us together in a different way, and that we continue to work together to rebuild our beautiful city (the most liveable city in the world, oddly enough) and to make it even stronger than it was before.
This is my home, and my home as I know it is filled with people who live their lives with the intent of bettering themselves, bettering those around them, and bettering the world. Despite the destruction that occurred at the hands of a small group of douchebags, I know (and hope those outside of Vancouver know as well) that the small percentage of the rioters who are actually from Vancouver itself do not represent us as a whole (and as Chief Constable Jim Chu already confirmed, most of them aren’t even from the City of Vancouver as it is).
I love you Vancouver, and I hope you all still do too.
Images courtesy of Globe and Mail 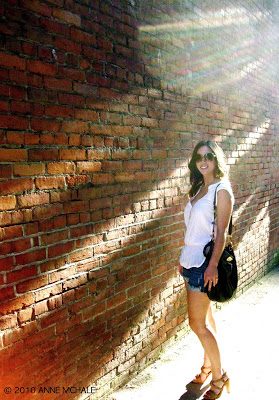 Kiss With a Fist