1388. That’s how many readers (myself included) to date felt compelled or provoked enough to comment on this post by The Sartorialist Scott Schuman.

“I saw this young lady in Milan several times this past season. She is one of the crop of new bloggers. (Read her blog here.) I loved that she’s a bigger, curvier girl than most of the other bloggers who you see in the press and tend to represent the genre.

The subtle thing she achieves so successfully in these two looks is to complement the sturdy but beautiful shape of her legs with an equally strong shoe. A daintier shoe would be overpowered but these shoes create a beautiful harmony for the lower half of her body.

Tomorrow I’ll post an image of a different young lady I met in Paris with a similarly curvy body type but a different method of creating body harmony.”

It’s pretty unbelievable just how strong of a reaction the blogosphere is having to this post. As Fashionista points out, it’s not necessarily just his choice of wording that is so off-putting (though it certainly is part of the reason so many people are offended), but that he felt the need to write anything about this girl’s body at all.

I do believe that he had good intentions in doing this post. I think he was simply trying to point out how this girl (Angelika Ardasheva for anyone interested) knows her body well and knows how to dress it. I’ve always admired him for representing fashion and style in such a diverse way, and I think he should continue doing posts that represent diversity like this.

What gets me about this post is the fact that he had to comment on her “different” body type at all and then went on to choose words to describe her that just about any girl would hate to hear in reference to herself.

I won’t bore you with the details, but like almost every other girl out there, at some point or another in my life I’ve heard a comment made about my body that really stung. None of these comments were ever made maliciously, but still, when you’re fourteen and someone comments on your American Gladiator legs, it sticks with you. I’m very lucky to have come out of adolescence without suffering from any serious eating disorders and to now be relatively happy and content in my body. A lot of girls did not.

That’s why it particularly bothers me that in response to the backlash and its resulting flood of comments, Scott complains about the fact that “the post is hijacked over the political correctness of the words.” All of the offhanded comments I heard when I was younger simply spilled out of the speakers’ mouths. Scott has the very rare and special platform of his blog with which to communicate his thoughts and feelings. Thousands upon thousands of people read his site every day. Given his huge following, one would expect that he’d be very careful in editing his posts, and with the amount of influence he has, I think this is certainly something he should do if he genuinely cares about generating positive change. Every single word he writes counts and carries colossal impact.

For example, was it really necessary to include the word “sturdy” in describing her legs? Simply commenting on the beautiful shape of them would have been fine. And could “curvier” have sufficed (and yet it probably still would’ve received backlash) instead of adding in “bigger” as well? It’s the fact that he included these words that are generally regarded as offensive by many people that confuses me.

Several days later, he did put up the picture of the Parisienne girl that he mentioned in his intial post about Angelika. Without any caption beneath it, I feel that the picture does a much better job than his previous post of representing a step in a positive direction regarding body image in fashion. This girl’s beauty, style and amazing body do the talking without Scott’s help. Personally, I think that in the future this is how he should represent diversity: on its own, without the potential to lose its meaning and impact in poorly selected wordplay.

So what do you think? Is he rightfully being called out on poor/offensive wording or do you think it’s way too much backlash? Let me hear your opinions.

Images courtesy of The Sartorialist 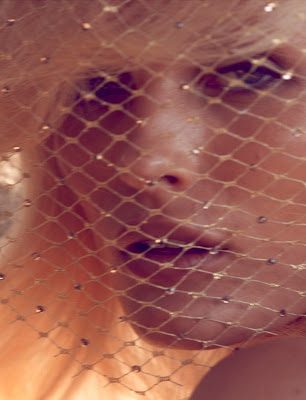 I’m Dreaming of a White Christmas